In this vivid and moving essay, Li, a 70-year-old man in Wuhan, recounts his ordeal of COVID-19 infection, hospitalization, and what is supposed to be a normal life after recovery. After enduring a three-day fever that did not abate, Li was turned away from the Wuhan Red Cross Hospital on January 22, where doctors, overwhelmed by angry crowds, simply could not adequately care for those in need. Li was finally admitted to another hospital (name withheld by the writer) on January 26. There, in the eight days he spent in critical care, seven out of 35 patients in the unit died.

Li was discharged from the hospital on February 14, recovered. Back home, he found that his neighbors ran from him, and others in the neighborhood refused to deal with him—treating him as if he were the “embodiment of pestilence.” He also found out that when he was critically ill, his own sister did not even want to hear about it.

Li  was in tears after he read the March 13 message from Lawrence Bacow, president of Harvard University, which has been circulating on the Chinese social media platform Weixin: “No one knows what we will face in the weeks ahead, but everyone knows enough to understand that COVID-19 will test our capacities to be kind and generous, and to see beyond ourselves and our own interests. Our task now is to bring the best of who we are and what we do . . . . May we all proceed with wisdom and grace” Li pleads for tolerance. “We have already been ravaged physically. . . . Don’t act as if we were monsters. . . . We are compatriots, not enemies,” he writes.

In a public appeal to the ruling Communist Party of China and its government regarding the catastrophic outbreak of COVIDd-19 in China, thirteen Chinese citizens from Beijing, Fujian, Hunan, Shandong, and other provinces, including Li Yingzhi (李英之), Zha Jianguo (查建国) and Lin Yubin (林于斌) urge the government to take the following actions:

The appeal further states that the price of this national tragedy is enormous, and the ordeal is far from over. The lessons are extremely painful and must not be repeated. Therefore, it is necessary to undergo a deep examination of the lessons learned. Of paramount importance is an investigation into the truth of what happened and who are responsible.

That statement says that an investigation into what happened to Dr. Li Wenliang [who was reprimanded by the police for sharing information with his classmates and families in late December 2019 about the emergence of a new virus and later died of the infection] must locate the responsibility not only in a small police precinct, but in all of those behind the scenes who had a hand in suppressing the information.

The appeal admonishes that the epidemic is "the price paid for telling falsehoods and concealing the truth," and calls on the government to implement its obligations with regard to the right to freedom of speech provided for in the Constitution and allow people the freedom to speak the truth and disseminate the truth.

COVID-19: Governments must promote and protect access to and free flow of information during pandemic – International experts (March 25, 2020) (Chinese translation)

In light of the growing disruptions caused by the COVID-19 pandemic, the monitors for freedom of expression and freedom of the media for the United Nations, the Inter-American Commission for Human Rights, and the Representative on Freedom of the Media of the Organization for Security and Co-operation in Europe issued a joint statement . . .

Dubbed “The Diaries of a City Locked Down,” “Fang Fang’s Diaries” resonated with the broad public— with perspectives of both the ordinary people and the intellectuals, probing questions of real problems, and humane reflection on disasters, and exquisite writing. This essay introduces the many individuals discussed or cited in the Diaries.

In her diary entry on March 9, 2020, Wuhan writer Fang Fang highlights that, as of that date, four of the doctors at the Central Hospital of Wuhan have died, and more than 200 medical staff members have been hospitalized, with several reportedly in critical condition. “Facing such heavy casualties, one cannot help ask: What exactly happened here? . . . Are the hospital’s CPC secretary and director even qualified to lead this hospital?” she asks. She goes on to urge the authorities to swiftly establish an investigating team to probe the reasons why the epidemic has escalated into today’s catastrophe.

This article is an interview with Dr. Ai Fen, Director of the Emergency Department of the Central Hospital of Wuhan, published online by Renwu (Profile) Magazine. Dr. Li Wenliang, known as the "whistleblower" of the new coronavirus, was reprimanded by the police for disclosing the situation about the unknown pneumonia to his classmates on WeChat. Soon afterwards, he died of the virus he contracted from patients. The images Dr. Li saw of pneumonia patients were first issued by Dr. Ai Fen. As the source of the images’ dissemination, Dr. Ai suffered "unprecedented and harsh rebuke" by the hospital's disciplinary commission, and was accused for spreading rumors. Some people also called her a "whistleblower." She regards herself as the “whistle initiator.”

The Central Hospital of Wuhan is among the hospitals with the highest number of infected workers. As of March 9, four doctors had died of the infection, and more than 200 infected medical staff members were reported to have been hospitalized, including three Deputy Director of the hospital and multiple functional department directors, and many department heads being sustained with ECMO. She lays bare her regrets: "If I had known that it would come to this, I would have broadcast this everywhere, reprimand or not. Right?”

HRIC Commentary: Talking Out of Both Sides of the Face Mask: Propaganda and Practice in the Age of Coronavirus (March 3, 2020)

Volunteer urges investigation after RMB180,000 of volunteers’ compensation as stolen by officials in just 6 days (February 23, 2020)

Netizen accuses the official organ of the CPC committee in Wuhan of biased and distorted reporting of the coronavirus epidemic.

Yan Lianke: After the ravege of this epidemic, let us become a people who remembers (February 21, 2020)

In an online lecture at the Hong Kong University of Science and Technology, the critically acclaimed mainland Chinese novelist urges everyone to remember the origin, ravage, and spread of the coronavirus, and pass on this memory to future generations.

Rao Jianping: Who is lying after all? A conversation with a Wuhan doctor who recovered from coronavirus (February 20, 2020)

A colleague of the late Dr. Li Wenliang at the Central Hospital of Wuhan, Dr. Zhang Yi (pseudonym), tells the reporter that doctors had already known about the seriousness of the coronavirus on December 30, 2019. But when they reported to higher authorities at the hospital, they were told not to “create panic” and were even reprimanded.

He Yuhuai: Fang Fang’s diaries: Facing the reality of a man-made tragedy (February 18, 2020)

A discussion of the diaries of Fang Fang, the celebrated writer and laureate of the 2010 Lu Xun Literary Prize. The Wuhan-based Fang Fang wrote: “These past several days, death has been pressing closer and closer. My neighbor’s cousin died. A close acquaintance’s brother died. My friend’s parents and wife all died, and then he himself died. People are beyond grief. . . .”

He Weifang: Will the terrible price we paid buy us press freedom? (February 17, 2020)

The Peking University professor and advocate of judicial reform in China says in this handwritten short essay, “Without press freedom, not only would the people’s livelihood be difficult, there would be no trust in government, let alone the possibility of a capable modern governance system.”

The group’s appeals include the following:

Wuhan writer Fang Fang: You won’t even allow us to speak out about our suffering, do you really want us to go mad? (February 11, 2020)

Lawyer Zhang Kai says, “Our anger is precisely because he was not a hero: he was an ordinarily person who did a most ordinary thing [in warning his friends and colleagues]”

An opinion piece by a professor of constitutional law at Peking University.

Xu, a professor of jurisprudence and constitutional law at Tsinghua University, quotes poet Dylan Thomas—"Do not go gentle into that good night, Old age should burn and rave at close of day; Rage, rage against the dying of the light”—and urges fellow citizens to not accept being silenced. “We, the hundreds of millions of people who can never escape this land, let us all howl at injustice, let us all ignite our lives with anger for the sake of justice,” Xu says.

The lead advocate of the New Citizens Movement lambasts Xi Jinping for his incompetence and mismanagement of the coronavirus epidemic, asking the president to resign for the sake of the country. Xu was detained in southern China on February 17. 2020. He is reported to be facing “inciting subversion of state power” charges.

A letter from Tsinghua alumni to all compatriots (February 7, 2020)

An Open letter from alumni in the legal and medical professions of Shanghai Fudan University Alumni Association to the Wuhan Public Security Bureau (February 7, 2020)

A shout from a veteran Wuhan policeman to the force: The virus knows no political parties; no one is immune; think twice as you choose between protecting the people and protecting the Party (February 9, 2020) 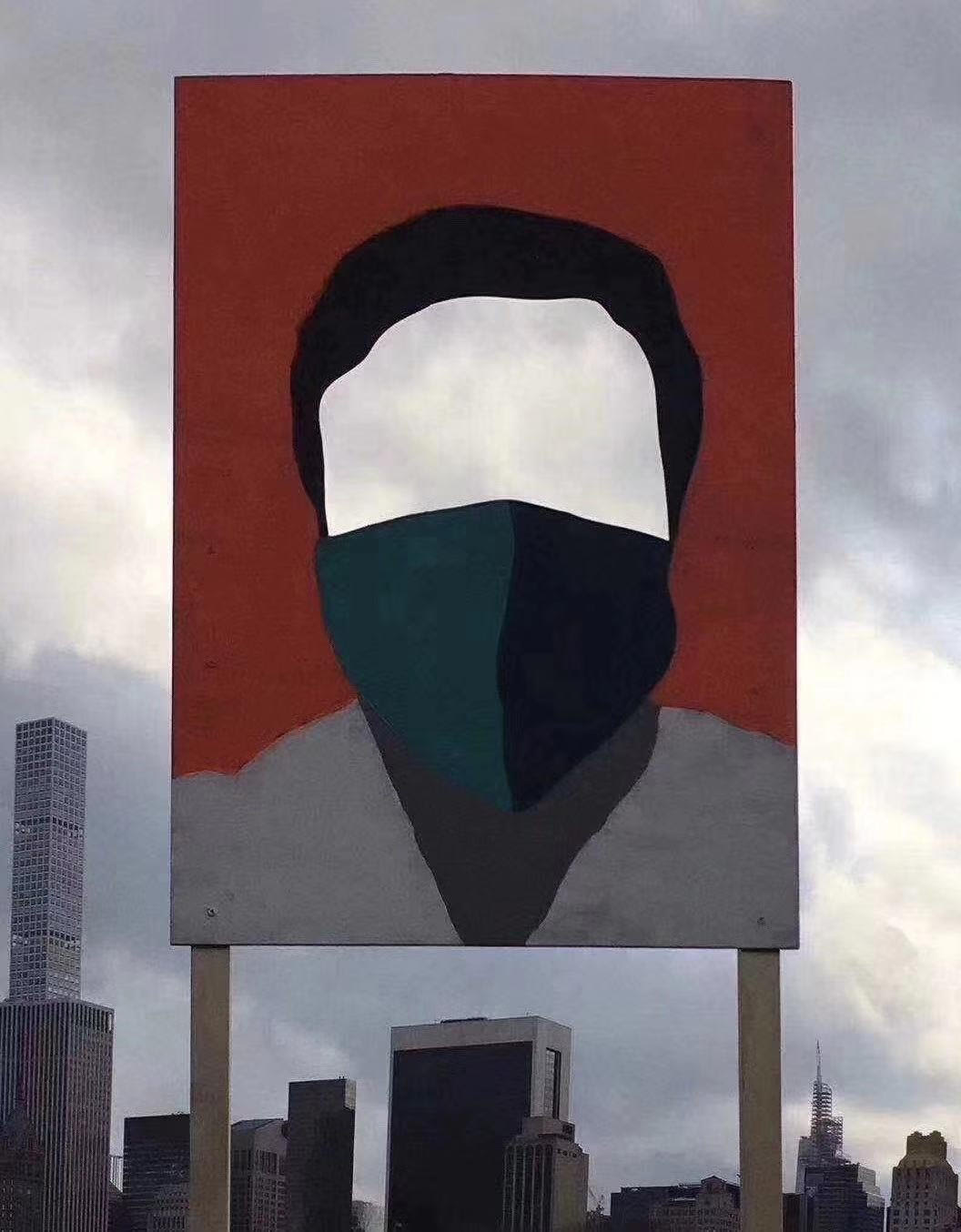 “Wuhan People Save Themselves”

A notice via Twitter that citizen reporter Fang Bin was taken away at 3 p.m. on February 10, 2020

“Tonight, I whistle for Wuhan” Citizen reporter Li Zehua being taken away from his home February 26, 2020

Scenes of citizen journalist Li Zehua being taken away from his home by unidentified intruders who broke into his home on the night of February 26, 2020. Li had been doing video reports on the situation in the Baibuting community, on high wages being offered to workers to move bodies, and on migrant workers stuck in Wuhan. This video was live streamed on StoneJi’s (石头记)’s YouTube channel. See 12:10-21:10. (Screen right: Li Zehua; screen left: StoneJi.)

A courageous man from Guilin

A man from Guilin, Guangxi Province, rages from a balcony: “The officials profit from their sinecures and bring disasters to the nation—with the ordinary folks bearing the brunt. They concealed the truth and caused countless deaths in the country. They are not fit to lead us: they only know how to move their ill-gotten gains to the United States to be squandered by their wives, mistresses, and children. They are determined to destroy us!”