For decades, China watchers played down the rise of a viable opposition to the Communist Party, citing the invincible iron hand of the Party and excessive government controls, which made it impossible for citizens to organize.

But then beginning in 2011 came a series of popular protests that caught the party--and the nation--by surprise. Previously little known villages and towns called Wukan, Shifang, and Qidong became household names and models for the next protest. In each of these cases, shocked local authorities appeared to back down in the face of unexpectedly strong popular discontent and well-organized opposition bolstered by a rising Internet and social media.

I first wrote about rising protests in 2004, when Outlook Weekly, a Communist Party mouthpiece, reported that China had experienced more than 58,000 major incidents of social unrest a year earlier—up 15% from 2002—with more than 3 million people taking part.

China watchers played down the trend at the time, saying that the participants were not organizing across provincial borders and lacked support from urban elite and intellectuals.

A prominent American sinologist whom I interviewed at the time said there was no viable threat to the Party, describing the lack of leadership and organization among people, which he said meant a "united front of the aggrieved is not likely to be formed.”

“For any social movement, one really needs leadership, whether generated from within the group or outside," he said. "I don't see any evidence that intellectuals are interested—many sympathize, but many despise the peasants."

What he could not have anticipated at the time, however, was the rise of the social media, which has given China’s down and out a strong voice and access to sympathizers and supporters around the country and all over the world. A further impetus has been the realization that the government is often not taking the interests of the public to heart and that if people don’t take action themselves, they’re likely to suffer.

In recent years, China has experienced a sharp rise in “Not in My Backyard” (NIMBY) activism, which is an indication of the increasing environmental consciousness among the people, who for the first time are showing an inclination to give priority to their health and the environment, rather than economic growth.

Such protests are also a sign of the growing demand for transparency within the government, with many recent incidents resulting from a demand by citizens to be involved in decision-making that could have an impact on their lives. In most of the cases, be they dubious land grabs or doubtful environmental projects, haughty local party leaders have raised the ire of citizens by attempting to steamroll huge projects into effect without any public discourse.

While peasants and workers are benefitting from the participation and support of university students, intellectuals and urban elite, environmental activism, once the preserve of a small Green elite, is now being bolstered by an increasingly environmentally-aware grass roots citizenry.

Tang Hao, deputy professor at South China Normal University, said in a commentary for China Dialogue that recent protests in Shifang, Sichuan province, provided the latest evidence of an expanding environmental movement. “No longer is green campaigning solely the work of a small elite” he said. “Ordinary people, whose interests are at stake, are also taking to the streets.”

Tang went on to say that the Shifang incident reflected a crisis of local governance that is common in China today.

“In many cities, it’s the local government that wants economic development—not the locals themselves,” he said. “The benefits to the community of more polluting factories are limited and unclear, while the environmental harms are very real.” 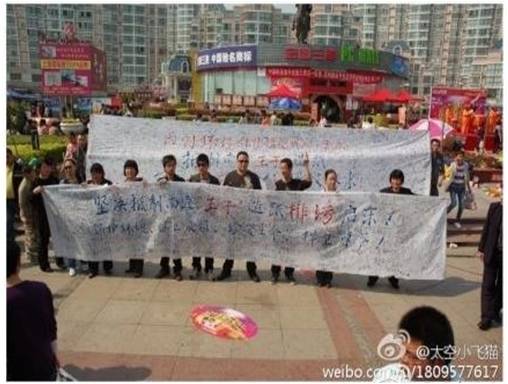 This was certainly the case in Shifang, where residents rallied to halt the building of a molybdenum-copper alloy factory. Local officials never bothered to tell the people about the new project by Shanghai-listed Sichuan Hongda, and citizens only learned about it when some stumbled across an elaborate opening ceremony on June 29, 2012.

"It is a stunning case of a local NIMBY movement coalescing with the support of nationwide public opinion through the internet," Xiao Qiang, a U.S.-based expert on the Chinese internet, told CNN.

While Chinese once had limited access to news, they’re now getting it from a variety of sources. Filling gaps where mainstream journalists don’t dare to venture is the rising army of so-called citizen journalists. A recent documentary, titled “High Tech/Low Life,” profiles the work of two bloggers who attempt to report stories that their cousins in the media can’t touch.

Zhou Shuguang, who sells vegetables during his day job, turns into Zola, a prolific citizen journalist, when he’s not working. Maeve McClenaghan, writing for The Bureau of Investigative Journalism, a London-based not-for-profit that promotes investigative journalism, describes Zola as having “a stash of equipment and technology that even Batman would be proud of.” Zola, 26, focuses on news that falls between the cracks, filming, tweeting and then throwing video up on his blog.

Another well-known citizen journalist is Zhang Shihe, better known by his cyber handle Tiger Temple. The 57-year-old Zhang, who makes his home in Beijing, bikes around rural China giving voice to voiceless rural folk hampered by misguided agricultural policies, corruption, pollution of their land and other injustices.

We’re also seeing the gradual realization of the missing link between intellectuals and the elite and farmers and the working classes that the American scholar said was missing.

An uneducated farmer who was arrested for protesting local government abuses sought me out after he was released from jail, proudly showing me his smart phone. He explained how he learned to use microblogs and to Tweet. He said he’d never touched the Internet until a month earlier, but learned how to do this, he told me smiling, from the now imprisoned rights lawyer Ni Yulan. While he initially focused on his own case, he was soon in touch with other petitioners in Beijing and began to blog and contact foreign journalists on their behalf.

Activist Ye Haiyan, who blogs under the name Hooligan Swallow (her Chinese name is the character for the bird), runs a small NGO out of a tiny office in Yulin, Guangxi Province. She was forced to move there at the insistence of the police in her hometown of Wuhan, who resented her work with prostitutes. Undeterred, she has set up her new center in an area full of places offering sex. “I wanted to put an end to the prejudices and improve the situations of sex workers,” says Ye, who only completed junior-high school.

She calls the center Fuping Health Workshop; fuping (浮萍) is Chinese for duckweed, a plant known for remaining strong and vital while continuously floating, a characteristic she says sex workers also have.

And a phenomenon which could have tremendous potential, China is seeing the participation—and sometimes leadership—of middle school and university students, who are now at the forefront of various citizen movements. 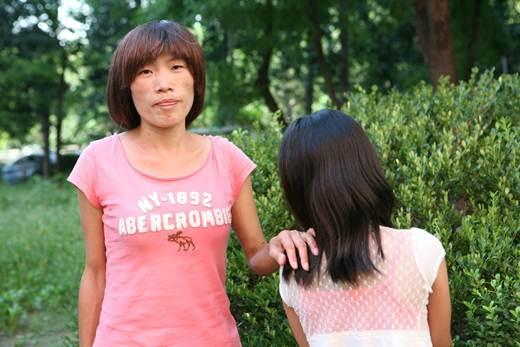 Young Chinese in their late teens and early 20s are now active in the HIV/AIDS movement, where many work as volunteers, the new buzz word in China. Two recent university graduates from Henan province used their own money last summer to open a hostel for AIDS victims from rural areas who must travel to the provincial capital of Zhengzhou for treatment. They’ve been shut down twice already by nervous landlords, but remain optimistic, looking for a new space in November.

When the incident in Shifang exploded, it was internet-savvy students who employed the popular instant messaging system QQ, Baidu Tieba, and mass text messaging to get the word out to a growing number of citizens. Their efforts quickly attracted the attention of Chinese all over the country. This group, popularly known in China as the post-90s generation, had previously been seen as apathetic. However, observers are now talking about a new wave of activism among young people.

The well-known Chinese blogger Michael Anti told the Financial Times that today’s students are more outspoken than older generations of students. “Post-90 is the generation of social media so they embrace freedom of speech as their birthright,” he said.

“If you look at the latest uprisings in Shifang and Qidong, they all involved people born in the 1990s,” said Ai Weiwei. “They even had a slogan, ‘We were born in the 90s. Let us sacrifice.’ It’s really amazing.”

One blogger responded: “The post-90s generation in Shifang, you made me cry in silence. I just want to tell you: You must live, and live well. It is those old douche bags in power who really deserve to be sacrificed . . . .”

“People born in the 90s have no connection with what happened in the past. They don’t even know what happened in 1989,” he said. “And they start making arguments about right and wrong only because of intuition.”

And then he makes a comment that could equally apply to rising people power today.

“I don’t think the authorities ever prepared for this kind of uprising.”