Did you mean
UN Committee Against Torture List of Issues in Relation to the Fifth Periodic Report of Hong Kong, China, past 22

Total results: 3675.
China in Kenya
My interest in China started in the 1980s, when I was growing up in Western Kenya, where kung fu movies as epitomized by the famous Bruce Lee and Jackie Chan were the only window into Chinese culture, values, and traditions. As a child, I immensely enjoyed these movies, and believed that all...
June 25, 2013
China Rights Forum
How to Lessen the Political Burden of Economic Reform
I will share something not from the bigger political picture or focused specifically on human rights,
February 1, 2012
China Rights Forum
Hunger Strike Relay to Support Guo Feixiong Continues
In a message to HRIC, Ai Wu, one of the participants of the hunger strike relay that begun on May 4 to support Guo Feixiong, reports that the strike has had the support of 161 person-times as of today, May 16. Today’s participants include lawyer Tang Jingling, currently serving a five-year prison...
May 16, 2016
Citizens' Square
Guo Feixiong
Commentary
NEEDED: A bill of rights for the trade regime Robert A. Senser Three cheers for Sharon K. Homs article, Playing by whose rules and for what ends? in the Spring 2000 issue of China Rights Forum. To her credit, she raises basic questions about the values and goals of the World Trade Organization (...
July 15, 2000
China Rights Forum
Formalistic cooperation
Chinas record on racial discrimination under review This summer, the record of the Peoples Republic of China on combating racial discrimination was reviewed by the United Nations. B□TRICE LAROCHE , who attended the meeting, describes the wide range of issues that were discussed at the CERD...
July 23, 2001
China Rights Forum
Introduction: Hong Kong & Mainland China
This issue explores the question of what roles Hong Kong and mainland China play in shaping a shared future path—one that is open, democratic, and respectful of human rights.
February 1, 2012
China Rights Forum “Always wanting to go against the course of history—that is your biggest problem”
Prominent rights advocate Xu Zhiyong was taken away by police in Guangzhou on Saturday, February 15, 2020. He was a founder of Gongmeng, Open Constitution Initiative, a legal research an aid organization that was shut down by the authorities in 2009, and a leading advocate of the New Citizens’ Movement, which advocated for the protection of rights of citizens through nonviolent means. He served four years in prison but has continued to speak out since his release in 2017. He was one of the participants in a private gathering in Xiamen in early December 2019, where lawyers and other right advocates shared ideas about promoting the growth of a civil society in China. In late December, the authorities detained, summoned, or disappeared more than 20 attendees (some were subsequently released), and Xu went into hiding. On February 4, 2020, Xu published “Admonition to Resign,” an essay urging President Xi Jinping to step down, in which he cites Xi’s incompetence in governing and attempts at covering the truth of the coronavirus outbreak. The quote above, “Always wanting to go against the course of history—that is your biggest problem,” is taken from this essay.
New and Recent
Media
Talking Out of Both Sides of the Face Mask: Propaganda and Practice in the Age of Coronavirus
New!
As the grip of the coronavirus continues to tighten , local governments are at the forefront of efforts to implement ever-stricter regulations aimed at stopping the epidemic in its tracks. Just this week, for example, the Zhangwan District of Shiyan City in Hubei Province issued a notice on...
February 14, 2020
HRIC Comment
Emergency Notice from Zhangwan District on Implementing Districtwide Wartime Management and Control
New!
This notice from the Zhangwan District of Shiyan City in Hubei Province, approximately 300 miles from Wuhan, with a population of 410,000 in the district, was posted on the website of Shiyan City at a little after 9:00 p.m. on February 12, 2020, announcing “Wartime Management and Control” beginning...
February 12, 2020
Citizens' Square
Wuhan Police’s Reprimand of Coronavirus Whistleblower Dr. Li Wenliang
New!
On the afternoon of December 30, 2019, Dr. Li Wenliang, an ophthalmologist at the Wuhan Central Hospital, posted two messages in a Wechat group of his medical school classmates: “Seven cases of SARS were diagnosed connection with Huanan Fruit and Seafood Market” and “The latest news is that the...
February 6, 2020
Citizens' Square
Luo Huining’s Mission Impossible
[Translation by Human Rights in China] Just as the New Year begins, a long-simmering rumor of Beijing replacing the chief of the Liaison Office of the Central People’s Government in the Hong Kong Special Administrative Region has finally been confirmed. Why would Beijing change horses at this...
January 8, 2020
HRIC Comment
World’s Top Human Rights Official Must Uphold Her Mandate and Press for Human Rights Protection for the People of Hong Kong
HRIC is deeply concerned about the statement by the spokesperson for the UN Office of the High Commissioner for Human Rights (OHCHR) during a briefing on November 19, 2019, that castigated the “extreme violence” committed by young protesters in Hong Kong, “including against the police force.” While...
November 22, 2019
Statement
Hong Kong SAR Government Must Ensure Effective De-escalation of Dangerous Police Action at PolyU
HRIC condemns the Hong Kong police’s actions on and around the campus of Hong Kong Polytechnic University after trapping students, journalists, and first aiders , and reportedly handcuffing the latter group. Video footage circulating online of scenes from early morning November 18, Hong Kong time,...
November 17, 2019
HRIC Bulletin
HRIC Translation: China’s Follow-up Response to UN Committee on the Elimination of Racial Discrimination
In August 2018, China underwent a periodic review by the UN Committee on the Elimination of Racial Discrimination on the country’s implementation of obligations under the International Convention on the Elimination of All Forms of Racial Discrimination (CERD). Among the key topics of the Committee’...
October 30, 2019
HRIC Bulletin
NGOs from Over 100 Countries Support the People of Hong Kong
At its congress in Taipei, the International Federation for Human Rights (FIDH), a global federation of 192 human rights member organizations from more than 100 countries, unanimously approved an urgent resolution (full text below) supporting the Hong Kong people’s protests calling for government...
October 24, 2019
HRIC Bulletin
FIDH Urgent Resolution on the Human Rights Situation in Hong Kong
FIDH 40 th Congress – Taipei, Taiwan FIDH Urgent Resolution on the Human Rights Situation in Hong Kong Sponsored by Human Rights in China (HRIC) and the Taiwan Association for Human Rights (TAHR) Delegates gathered at the FIDH 40 th Congress, Recognizing that over the past four months, diverse...
October 24, 2019
Joint Statements
The People's Republic of China at 70: The Final Insanity
The military parade and celebrations marking the 70th anniversary of the founding of the People's Republic of China have finally ended. As the boss of the Communist Party of China, Xi Jinping can finally breathe a sigh of relief. He managed to break the “Russell’s curse” that had haunted the CPC,...
October 7, 2019
HRIC Comment
Gao Wenqian
2019 Hong Kong Protests Timeline

A timeline of the developments surrounding the extradition amendments introduced by the Hong Kong SAR government, which triggered a series of mass demonstrations, including a march of an estimated two million people on June 16, 2019, the largest in Hong Kong’s history.

Naked Police Violence in Hong Kong as Beijing Celebrates National Day
As Beijing mounted a tightly choreographed spectacle of tanks, bombers, and missiles, with a march of 15,000 soldiers, to celebrate the 70th anniversary of the founding of the People’s Republic of China, a police officer in Hong Kong shot a teenage demonstrator in the chest at close range. While...
October 1, 2019
HRIC Bulletin
CECC Hearing: “Hong Kong’s Summer of Discontent and U.S. Policy Responses”
On September 17, HRIC Executive Director Sharon Hom joined three Hong Kong activists and a U.S.-based security expert in testimony before the Congressional-Executive Commission on China in a high-profile, and widely-reported hearing, “ Hong Kong’s Summer of Discontent and U.S. Policy Responses...
September 19, 2019
HRIC Bulletin
Sharon Hom’s Testimony at Congressional-Executive Commission on China’s Hearing: “Hong Kong’s Summer of Discontent and U.S. Policy Responses”
Chairman McGovern, Co-Chairman Rubio, and Members of the Commission, Thank you for this hearing opportunity. It is an honor for me to stand in solidarity with the frontline activists. I want to thank the Commission members for their critical support for the Hong Kong people and leadership on the...
September 17, 2019
Statement
China/Hong Kong: UN experts urge China to respect protesters’ rights
GENEVA (12 September 2019) - UN human rights experts * reacted with alarm to reports of attacks on demonstrators, arrests of activists and human rights defenders, and threats to communications, as protests in Hong Kong entered their third month. The experts welcomed the detailed response to their...
September 12, 2019
HRIC Bulletin
Open letter on the rule of law in China
Across the People’s Republic of China, human rights violations are a systemic reality. Over the past year, the UN has once again documented legal and policy frameworks that fail to protect against discrimination; stigmatise Islam and stifle freedom of religious belief; undermine a wide range of...
September 9, 2019
Joint Statements

It takes a lot of resources to do our work—please support us! 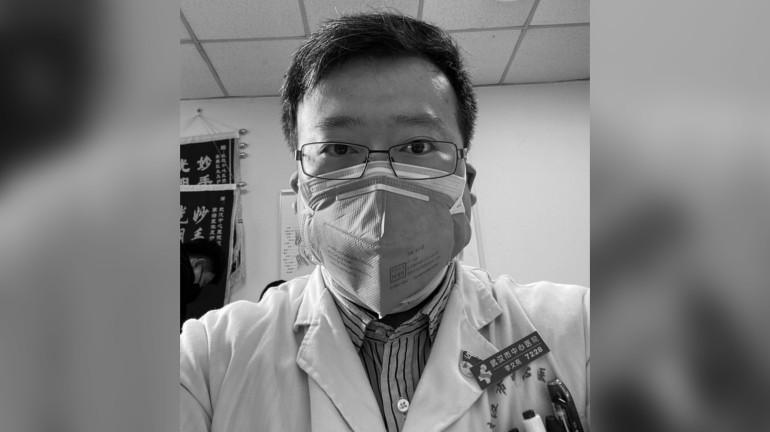 “A healthy society should not have only one kind of voice”

The death of Dr. Li Wenliang, an ophthalmologist at the Wuhan Central Hospital, ignited an outpouring of calls for freedom of speech among citizens of China. On December 30, Dr. Li posted two messages in his social media chat group: “The latest news is that the coronavirus infection has been confirmed and the virus type is being identified.” Four days later, Wuhan police forced him to sign a “reprimand” for making “untrue statements.” Dr. Li succumbed to the infection on February 7, 2020. Just days before his death, in an interview with Caixin, Dr. Li said: “A healthy society should not have only one kind of voice” (一个健康的社会不该只有一种声音).

“To Hong Kong w/ <3 is made up of films that show Hong Kongers speaking for themselves, pairing classic fiction films that explore the soul of the city with new documentaries that give voice to those who are out in the streets, fighting to keep their vision of that soul intact.”

Hong Kong’s protests: The political bill for impunity must be paid sooner or later
Sharon Hom in HKFP: August 7, 2019 A letter to Hong Kong’s Carrie Lam: if not to your own conscience, you will be held accountable by history
Sharon Hom in HKFP: July 27, 2019 HRIC Daily Brief
END_OF_DOCUMENT_TOKEN_TO_BE_REPLACED
Get Involved
The State’s Respect for and Protection of Human Rights Begins with the Strict Prohibition of Torture
(English Translation by Human Rights in China) On January 18, Hu Jintao will visit the United States, where, among other topics, the two governments will discuss human rights issues. Because of China’s continuous acts of “enforced disappearance,” “torture,” and other acts against dissidents, China’...
January 17, 2011
Public Appeal
Ni Yulan
Guo Feixiong Challenges Tianhe Court’s Conviction and Sentence
In an appeal to the Guangzhou Municipal Intermediate People’s Court, rights defender Guo Feixiong ( 郭飞雄 ) , also known as Yang Maodong ( 杨茂东 ), who was sentenced last week to six years of imprisonment for “gathering crowds to disrupt order in public places” and “picking quarrels and provoking...
December 4, 2015
Case Update
Guo Feixiong
Vicious patterns
The Chinese regimes use of repression and the evolution of its targets In this article, Marie Holzman examines the evolution and nature of the current political regime in the Peoples Republic of China, arguing that while the scope of repression may have diminished, it remains a principal policy...
January 22, 2001
China Rights Forum