Guo Yushan, founder of research group “Transition Institute” in Beijing, and administrative director of the same group, He Zhengjun, were detained respectively in October and November 2014. They were both arrested on January 3, 2015. Their cases were transferred to review and prosecution stage on April 2, 2015 basing on allegation of operating “illegal business”. In the written opinion recommending prosecution, the Transition Institute is accused of receiving foreign funds for investigating into various social aspects of China including taxation reform, equal opportunity for education, legal reform and people’s livelihood. The two subjects printed and distributed their research reports and articles, are thereby accused of operating “illegal business”. 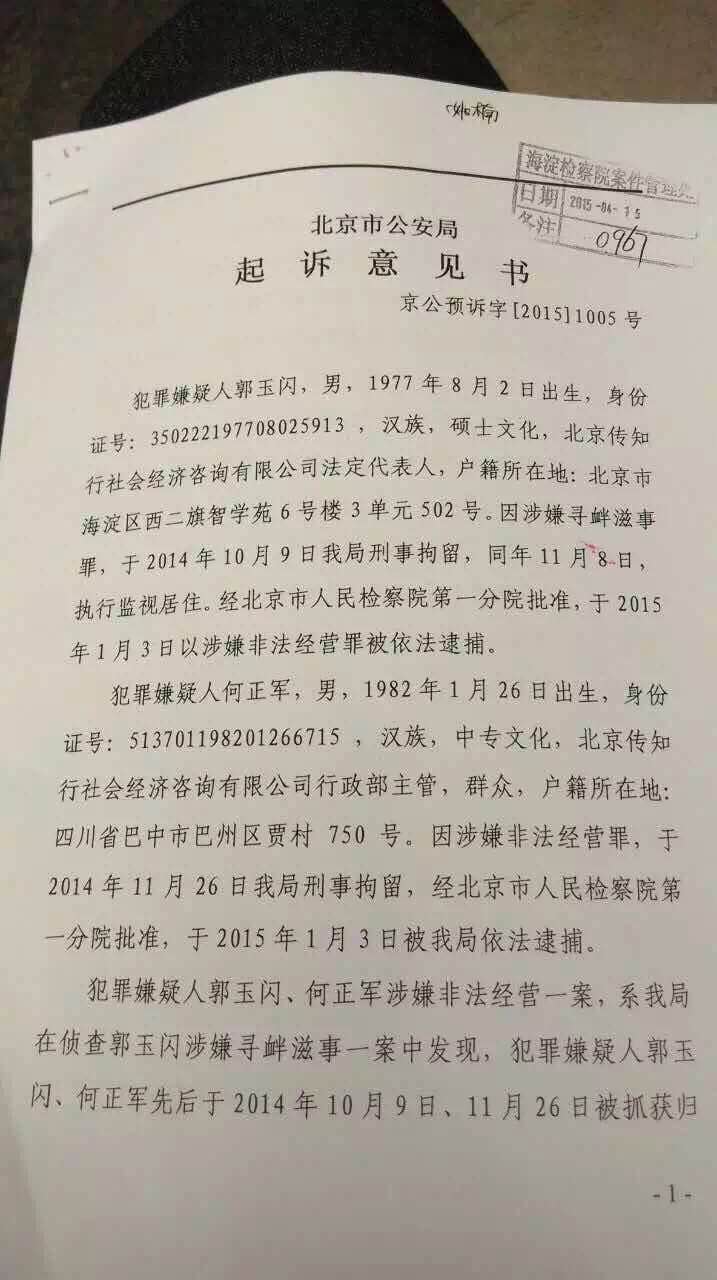 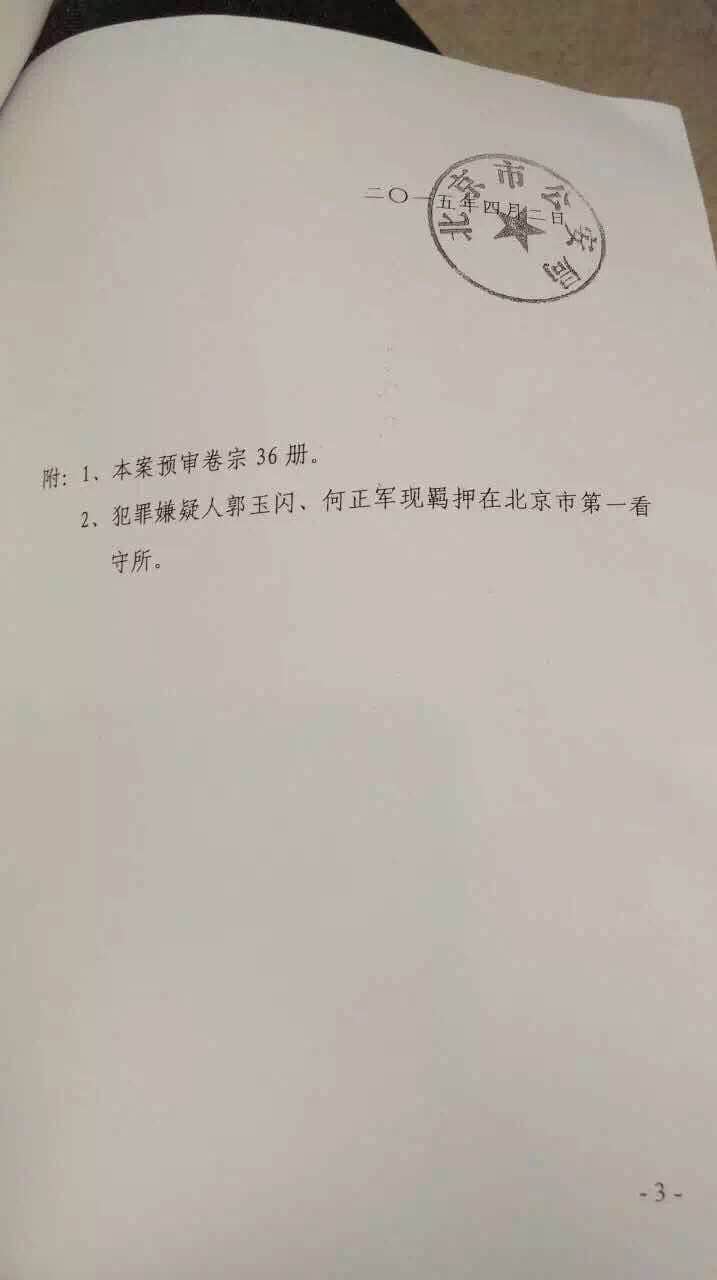