Human Rights in China (HRIC) has received information that Zhejiang China Democracy Party Committee member, Lü Gengsong (吕耿松), has been criminally detained on suspicion of “subversion of state power.” According to the detention notice, he is currently being held at the Hangzhou Detention center.

Lü Gengsong’s wife, Wang Xue’e (汪雪娥), told HRIC that Lü was taken away in the morning of July 7 by Public Security and local police officers. Afterwards, approximately twenty plainclothes officers aggressively searched the couple’s home for over three hours, and took away their only computer, mobile phones, and materials. At noon the next day, July 8, authorities delivered a detention notice to Wang, issued by the Hangzhou Municipal Public Security Bureau, which stated that Lü was criminally detained at 3:00 p.m. on July 7. Wang refused to sign the notice.

Lü is a veteran democracy activist in Zhejiang, who previously served four years in prison following a conviction for “inciting subversion of state power.” Upon his release on August 23, 2011, he was subject to one year of deprivation of political rights. Over the past two years, Lü has been taken away, subjected to numerous searches, and had his computer confiscated. According to Wang, since February of 2014, the couple’s home has been under 24-hour surveillance, and Lü has been restricted to his home with limited freedom of movement.

Lü, a native of Hangzhou, previously taught at a special training school for public security officers, but was dismissed in 1993 because of his pro-democracy activities. He subsequently supported himself as a free-lance writer. He is the author of the History of Corruption in the Communist Party of China (中共贪官污吏), published in Hong Kong (2000), as well as a number of articles on corruption, organized crime, and related topics. Lü has also reported on the sentencing of rights activists, and has frequently voiced support for the protection of ordinary people’s rights. 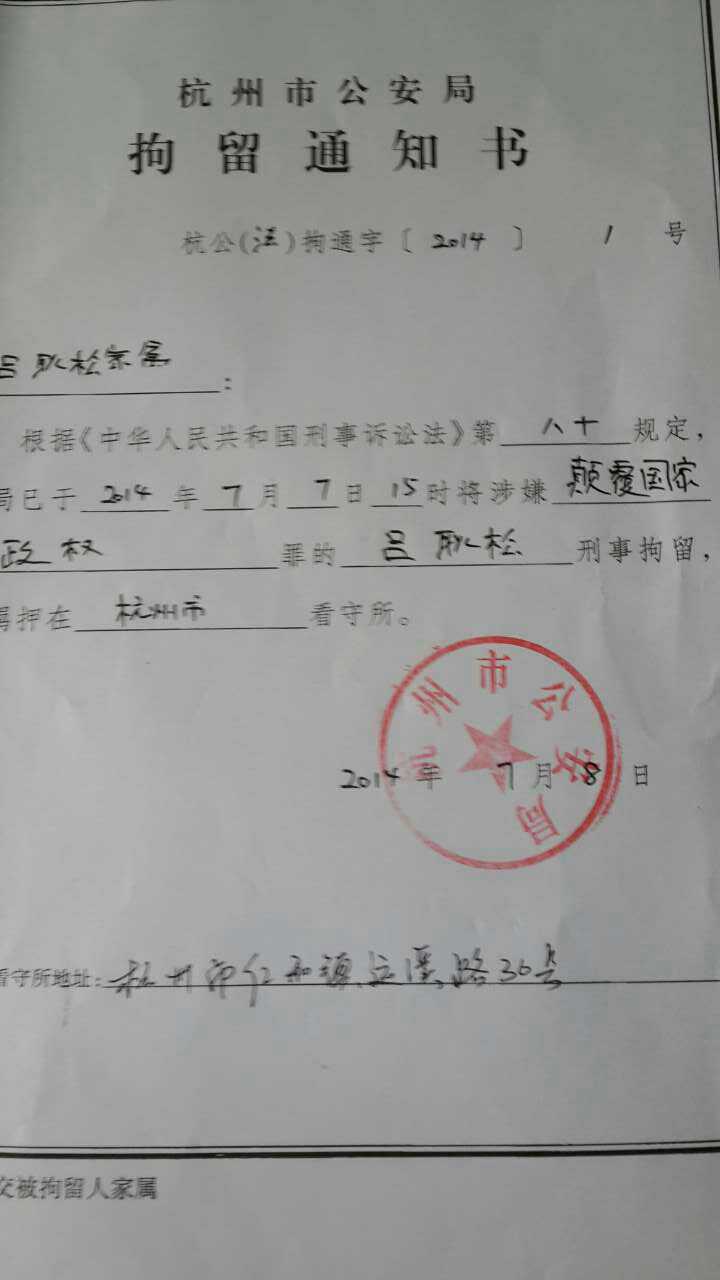