After forty years: Do human rights have a place in China-EU strategic ambitions? 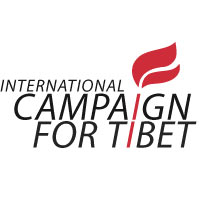 To the EU and Chinese representatives to the 17th EU-China Summit:

Marking the 40th anniversary of EU-China diplomatic relations, the 17th Summit between the European Union and China that will take place on Monday 29 June in Brussels will set priorities for the EU-China Comprehensive Strategic Partnership in the years to come.

While the EU and China cooperate in an increasing number of areas, their cooperation on human rights has failed to significantly improve the human rights situation in China. The people of China continue to face widespread human rights violations: systematic repression of human rights defenders and political opponents; increasing restrictions on freedom of expression and assembly; discrimination and repression of religious and ethnic minorities including Tibetans and Uighurs; and widespread use of the death penalty without due process, to name but a few.

Since September of last year, demonstrators in Hong Kong have shown the world that the demands for democracy and human rights in China are stronger than ever. The Hong Kong protests were not only a call for universal suffrage and rule of law in Hong Kong. They also stood for the advancement of an alternative model of Chinese rule, one compatible with democracy and human rights; a model which can serve as a perspective for the millions of mainland Chinese citizens who are still denied their most basic rights.

FIDH and its member organisations International Campaign for Tibet (ICT) and Human Rights in China (HRIC), call on the leaders of the EU and China to change their approach on human rights. Over the past 40 years, discussions on human rights between the EU and China have been given less attention than other topics, and these discussions – principally through the EU-China Human Rights Dialogue – have not resulted in tangible commitments regarding human rights.[1] In addition, relevant actors such as civil society representatives have been largely excluded from these discussions.

Our organisations thus urge EU and Chinese leaders to reflect the following commitments in the joint statement to be issued at the end of the 17th Summit:

1. Place human rights at the centre of all discussions

While the European Strategic Framework for Democracy and Human Rights articulates the EU commitment to the principle of mainstreaming – whereby “the EU will promote human rights in all areas of its external action without exception”[2] –, one must note that this approach is absent from the EU-China 2020 Strategic Agenda for Cooperation[3] and the EU-China Dialogue Architecture.

In the EU-China Dialogue Architecture, discussions on human rights are limited to only one specific dialogue amidst nearly sixty other topical dialogues.[4] This failure to mainstream human rights into all EU-China dialogues, combined with a lack of genuine political support, strategy and prioritisation of human rights, can explain – at least in part – the lack of significant progress towards the eight Human Rights Benchmarks set by EU Member States in 2001 with regards to their cooperation with China.[5]

In particular, the development of EU cooperation in security and counter-terrorism matters with China, takes place in a context of repression inside China (in Tibet, Xingjiang, against civil society across the country, and as foreseen in the proposed anti-terrorism law) and regionally (in Central Asia, notably in the framework of the activities of the Shanghai Cooperation Organisation).

In addition, a genuine and effective Human Rights Impact Assessment of an expected bilateral investment treaty between the EU and China has not been carried out. As a result, the negotiations on this treaty risk failing to integrate important measures to mitigate violations of human rights in the context of investments.

Our organisations therefore call on the EU and China to mainstream human rights into the sectoral dialogues concerning, among others, trade, illegal migration, cyber-crime, anti-terrorism, police training, security, information technology and telecommunication, food scrutiny and safety, urban and rural development and integration, regional policy, and social policies (including “decent work” and “social welfare”). In order to support this mainstreaming effort, the EU should also set up an internal coordinating mechanism with the following mandate:

The proposed revision to the EU Strategic Framework on Human Rights and Democracy concerning local civil society ownership[6] and measurement of impacts[7], includes new emphasis on the need to improve interactions with non-governmental stakeholders. However, civil society involvement in the EU-China Dialogue continues to be extremely limited. The expert roundtables organised ahead of the EU-China Human Rights Dialogues have, at the request of the Chinese authorities, excluded independent Chinese civil society groups. The EU-China Human Rights Dialogue has nevertheless continued to take place, regardless of the lack of inclusiveness of the process.

Our organisations therefore call on the EU and China to ensure that no Human-Rights Dialogue be held without the genuine participation of independent Chinese civil society groups and that inputs from civil society systematically feed into discussions on topics that have an impact on human rights, including trade and investment.

We trust that the joint statement to be issued at the end of the 17th Summit will reflect the above recommendations, as it is in the interest of ensuring a fruitful cooperation between the EU and China that fully respects their human rights and legal obligations.

[1]     The EU-China 2020 Strategic Agenda for Cooperation simply evokes the need to “deepen exchanges on human rights at the bilateral and international level on the basis of equality and mutual respect” and “strengthen the Human Rights Dialogue with constructive discussions on jointly agreed key priority areas,” compared with much more detailed commitments in other fields of interest. EU-China 2020 Strategic Agenda for Cooperation: http://eeas.europa.eu/china/docs/20131123_agenda_2020__en.pdf

[5]     In 2001, the Council decided to define the “specific areas in which the European Union [would] be seeking progress through the dialogue process.” The eight benchmarks identified were:

[6]     See the strategic areas for action “Boosting the role of local actors” and “deepening the effectiveness and results-based culture in human rights and democracy”, http://europa.eu/rapid/press-release_IP-15-4893_en.htm

[7]     “Finally the EU should communicate better what it does, improve the capacity to measure impact and, whenever appropriate, devise alternative and more efficient approaches.” European Commission and High Representative of the European Union for Foreign Affairs and Security Policy, Joint Communication to the European Parliament and the Council, Action Plan on Human Rights and Democracy (2015-2019), 28 April 2015, http://ec.europa.eu/europeaid/sites/devco/files/joint-communication-ap-h...