This report describes and examines China's state secrets system and shows how it allows and even promotes human rights violations by undermining the rights to freedom of expression and information and by maintaining a culture of secrecy that has a chilling effect on efforts to develop the rule of law and an independent civil society.

In addition to an extensive compilation of laws, regulations, and official documents, many in English translation for the first time, this report includes concrete recommendations relating to governance, legislative amendments, and promoting China’s compliance with and implementation of its international human rights obligations. 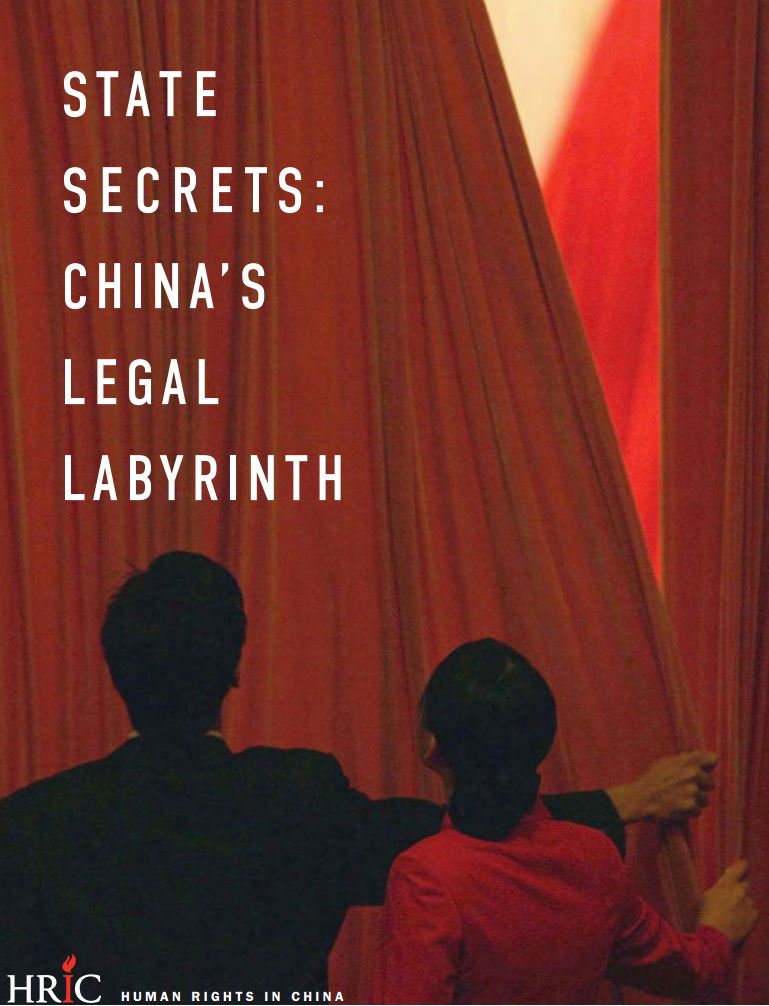 Section I: Into the Legal Labyrinth

Impact of the System on Human Rights
1. Impact on the Rule of Law
2. Lack of Transparency and Accountability
3. Undermining Independent Civil Society

Recommendations
Introduction and Section I Notes

Section II: State Secrets Laws and Regulations of the PRC