He Lost His Life before Finishing His Studies

by You Weijie and Guo Liying 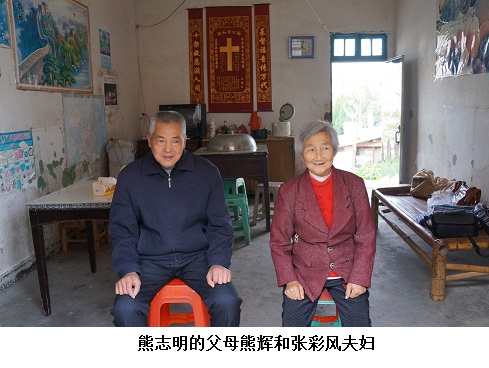 Before leaving Beijing, I first contacted Xiong Hui’s youngest son, who works as a math teacher in Hangzhou. I asked him to tell his parents that we would visit them in the near future.

We took a direct bus from Tongshan County, Hubei, to Nanchang, and then, on the second day, from Nanchang to Jinxi County. The evening after we arrived in Nanchang, we received a call from Xiong Hui’s son, asking us what time we would go to his parents’ house the following day. He was going to take a night train from Hangzhou to Jinxi, and would arrive around the same time as we. He also told us where to get off the bus so that he could greet us. We were very surprised, and very happy, that he was able to rush back from Hangzhou—we had been worried that we might have difficulty communicating with his parents due to their strong local accent.

It was already afternoon when the bus arrived in Jinxi. We met up with Xiong Hui’s son and he first took us to our hotel. After we had put down our luggage, he took us to their home, a small, two-story building that he had taken out loans to purchase for his parents a few years before. The first floor consisted of a central room that connected to the backyard, with a bedroom off to each side. His parents and younger sister lived on the first floor together, and the second floor was rented out to help cover the family’s expenses. His parents were originally peasants from the Jinxi countryside, and did not have an income. After moving to the city, they have relied mainly on the rental income, but their son also provided them with some extra money. Generally, their daughter and son-in-law, who have a daughter in middle school, make a living doing home-renovation jobs. At the entrance to the courtyard was a large persimmon tree, which would be heavy with fruit in autumn, a happy sight. In front of the building they had planted several orange trees and all kinds of flowers. Next to the building they had built a small hut, which they also rented out.

A little path next to the building leads to the backyard, which is also reachable through the central room. The family’s kitchen and bathroom are there, as well as a garden, approximately 10-square-meters, chock-full of vegetables. After their eldest son’s passing, Xiong Hui and his wife became devout Christians. They are always kind to others, treating all like brothers and sisters. They open their courtyard to their neighbors, who often stop by to chat. Children of all ages frequently play under the persimmon tree.

After lunch, Xiong Hui and his wife wanted to go to their church to pray, so we went back to our hotel to have a rest. We returned to interview them in the afternoon.

The following is a record of our conversation with the couple. The answers below, attributed to Xiong Zhiming’s mother, Zhang Caifeng—who was the principle speaker—also contains contributions from his father, Xiong Hui.

You Weijie: “We have come here today to visit you, and to see how your life is. We also want to understand the circumstances of your son’s death during the 1989 June Fourth massacre.”

Zhang Caifeng: “We received a telegram from the school on June 8, Dragon Boat Festival Day. After we received the telegram, we were very hurt. We are peasants. We don’t have any culture. We didn’t know how to handle it, and his little brother and sister were very young. At that time, our younger son was only 15 years old, and his sister was 12 years old. We had no means to go to Beijing, so Zhiming’s grandfather and two of his cousins went in our place.”

You Weijie: “Can you tell us where he was shot, where the bullets hit him, what hospital he taken was to, and whether he went out by himself or with classmates?”

Zhang Caifeng: “When his grandfather returned, he told us that Zhiming was shot near Xidan, the bullets hit his temple, and he was sent to a Post and Telecommunications Hospital. The school claimed his body. His grandfather and the cousins left home for Beijing on June 14 or 15 but they did not see his body; the school had already cremated it. The school provided 1,500 yuan for funeral expenses. Zhiming had gone out in the afternoon. It seems that he was with several classmates, but that later they split up. We are not sure whether or not he was with classmates when it happened.”

You Weijie: “After his ashes were returned, where did you bury them?” 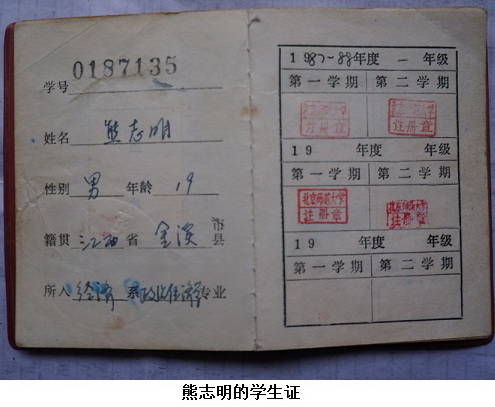 Zhang Caifeng: “After his ashes were brought back, we buried them in our ancestral home. It had not been easy for us to support his studies. That year, my oldest daughter was 18, and we weren’t able send her to school—we could only send one. She left school when she was very young, and worked in Hangzhou. All her earnings went toward Zhiming’s studies. After all that schooling, he was killed. Not only did he die, but in 1995 people from the public security system came and told us not to start trouble, not to go to Beijing—they came looking for us three times.”

You Weijie: “Next year is the 25th anniversary of the June Fourth. Our government to this day has not provided a resolution. You cannot forget this incident. If you have something you would like to say, please say it.” 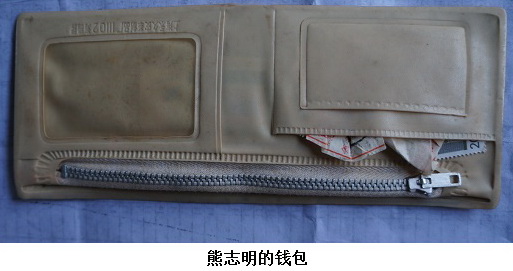 Zhang Caifeng: “We’re not cultured, and there are a lot of things that we don’t understand. Our son was only in Beijing to study and he lost his life. We are truly very distraught. We joined in signing our names in the hope that the government would respond to us and help us understand why our son was killed for no reason. We request compensation from the government.”

Three years earlier, they asked their younger son to accompany them to Beijing to visit Ding Zilin[1] and the victims’ families in Beijing. They also wanted to see what the school where their son had studied in Beijing was like. It was their first time in Beijing—a place that had haunted their dreams. Although they couldn’t express what was in their hearts, their actions said that their hearts would never forget the tragedy of their innocent son’s death. 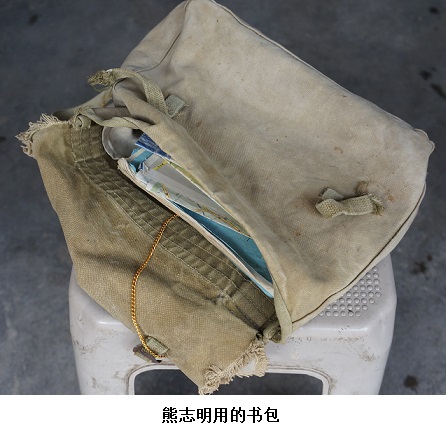 Zhang Caifeng: “I don’t want to use words to explain anymore—these objects say more than words. These are Xiong Zhiming’s backpack and wallet which he used in school that year. The edges of backpack are frayed; the wallet is so simple and crude, and it still holds a school meal ticket. He knew that his family was very poor, with no money for him to live lavishly. Even though the backpack was worn, as long as he could still use it, he couldn’t bear to throw it away. He loved his country, and was filial to his parents. That this kind of child was killed by a bullet is absolutely too cruel!”

[1] A key member and former spokesperson of the Tiananmen Mothers.

You Weijie (尤维洁) and Guo Liying (郭丽英) are members of the Tiananmen Mothers.

Xiong Zhiming (熊志明), 20, male, an undergraduate at Beijing Normal University’s Economics Department. Shot in a hutong entrance while trying to save his fallen female classmate on the night of June 3, 1989. The whereabouts of the female classmate’s body are unknown. Xiong’s body was claimed by his school after a classmate identified the clothes he was wearing.