Human rights lawyer Xie Yang, from Changsha city, Hunan, was originally arrested during the "709” crackdown in 2015 and was not allowed to meet with his lawyers until December 2016. In addition, his lawyer Liu Zhengqing did not receive Xie’s indictment until January 4, 2017. The indictment claims that Xie instigated others to subvert state power and overthrow the socialist system, both very serious crimes. It also claims that Xie gathered people to stir up trouble and attack the court, resulting in serious disruption to court order. The Changsha Municipal Procuratorate requests that the court hold Xie Yang criminally responsible for carrying out these acts. 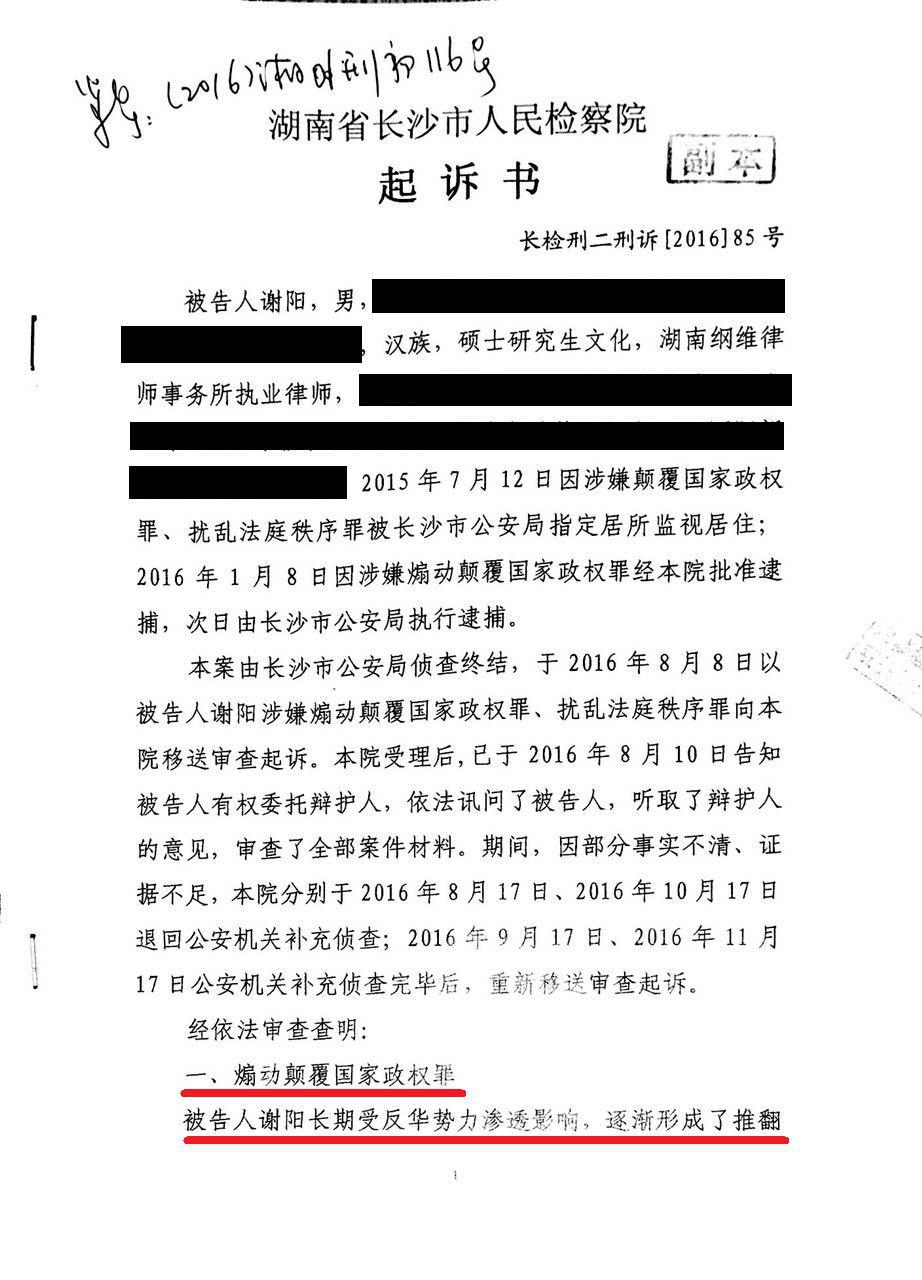 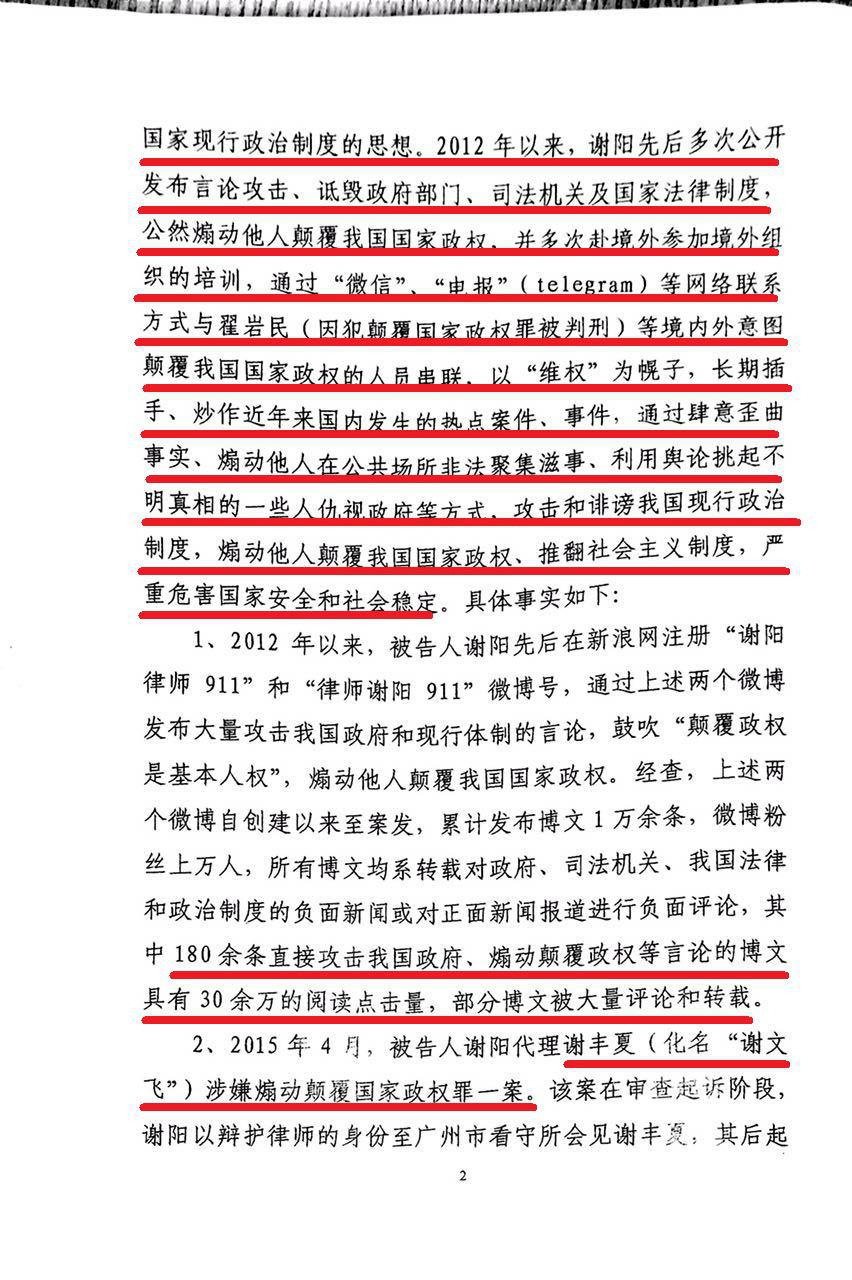 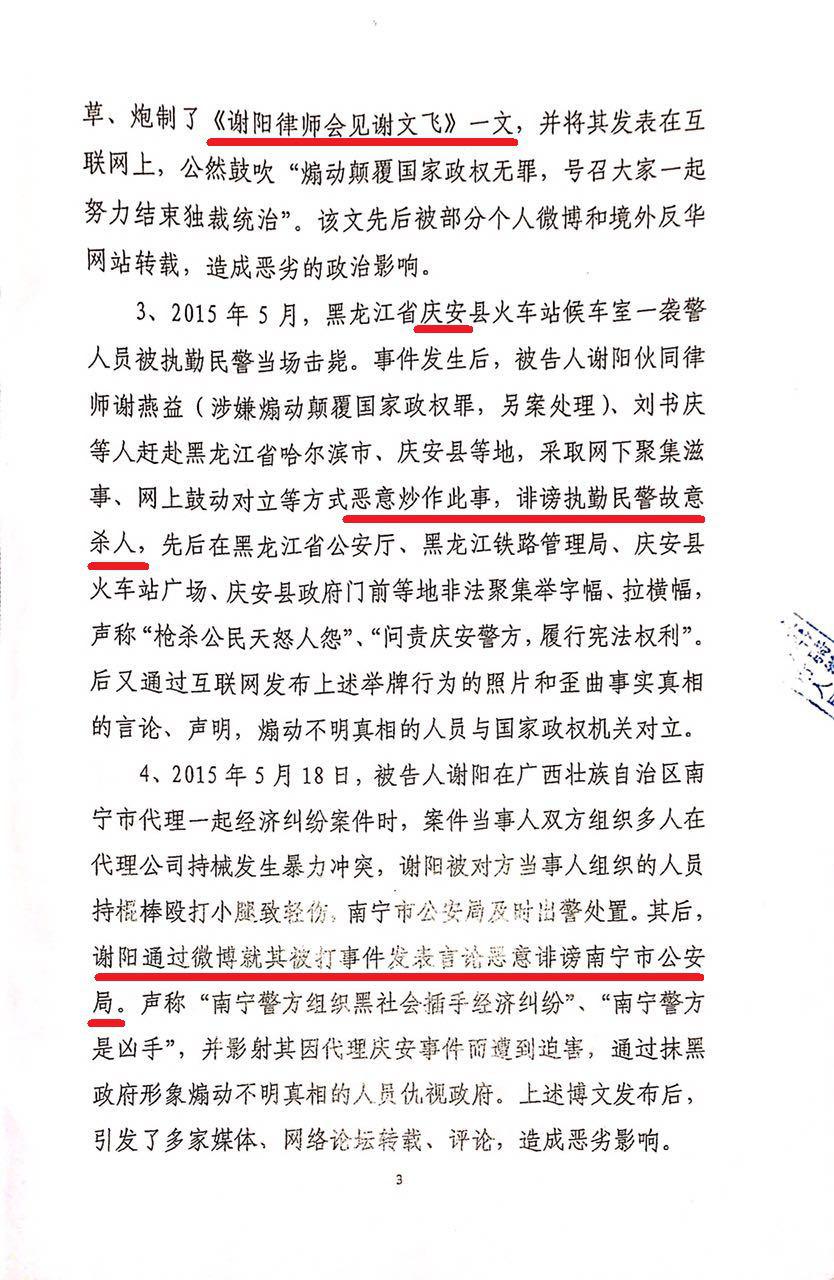 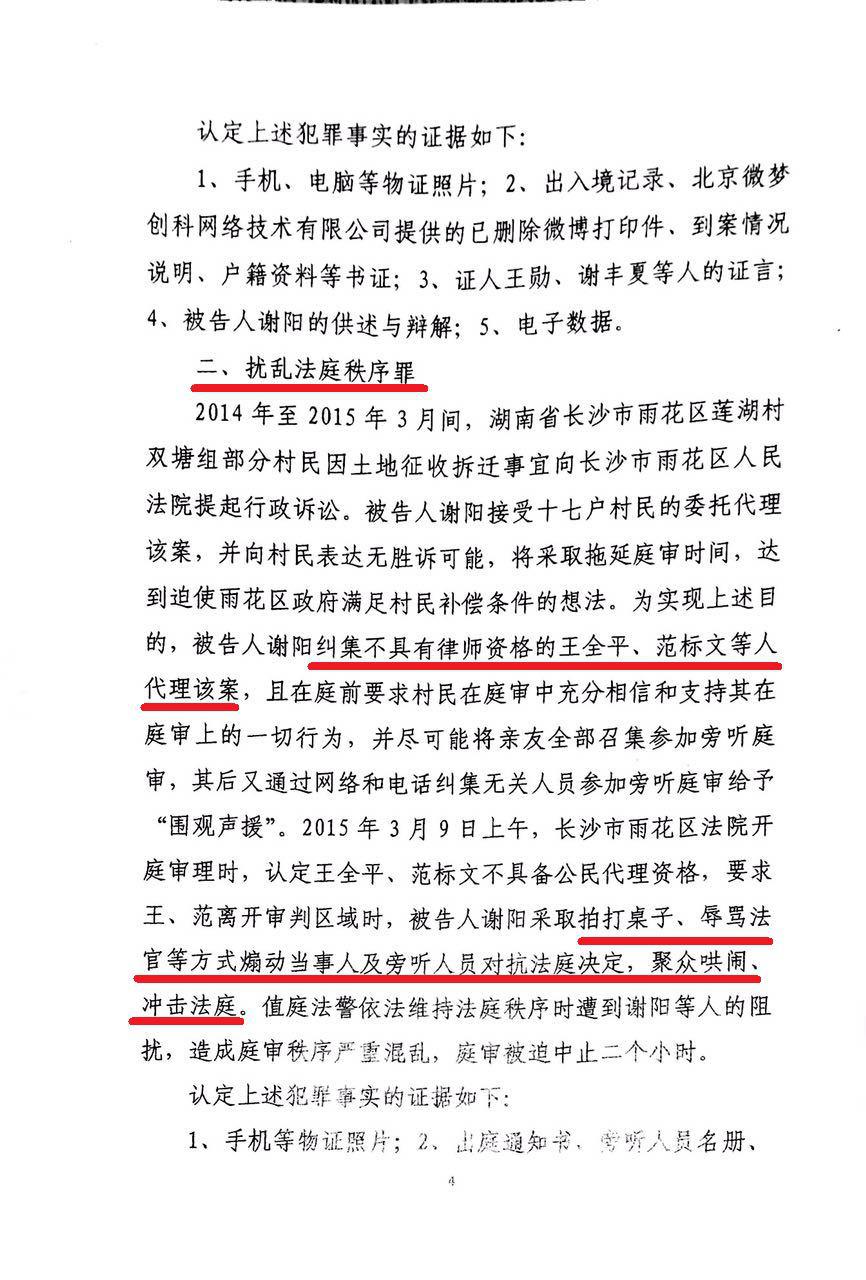 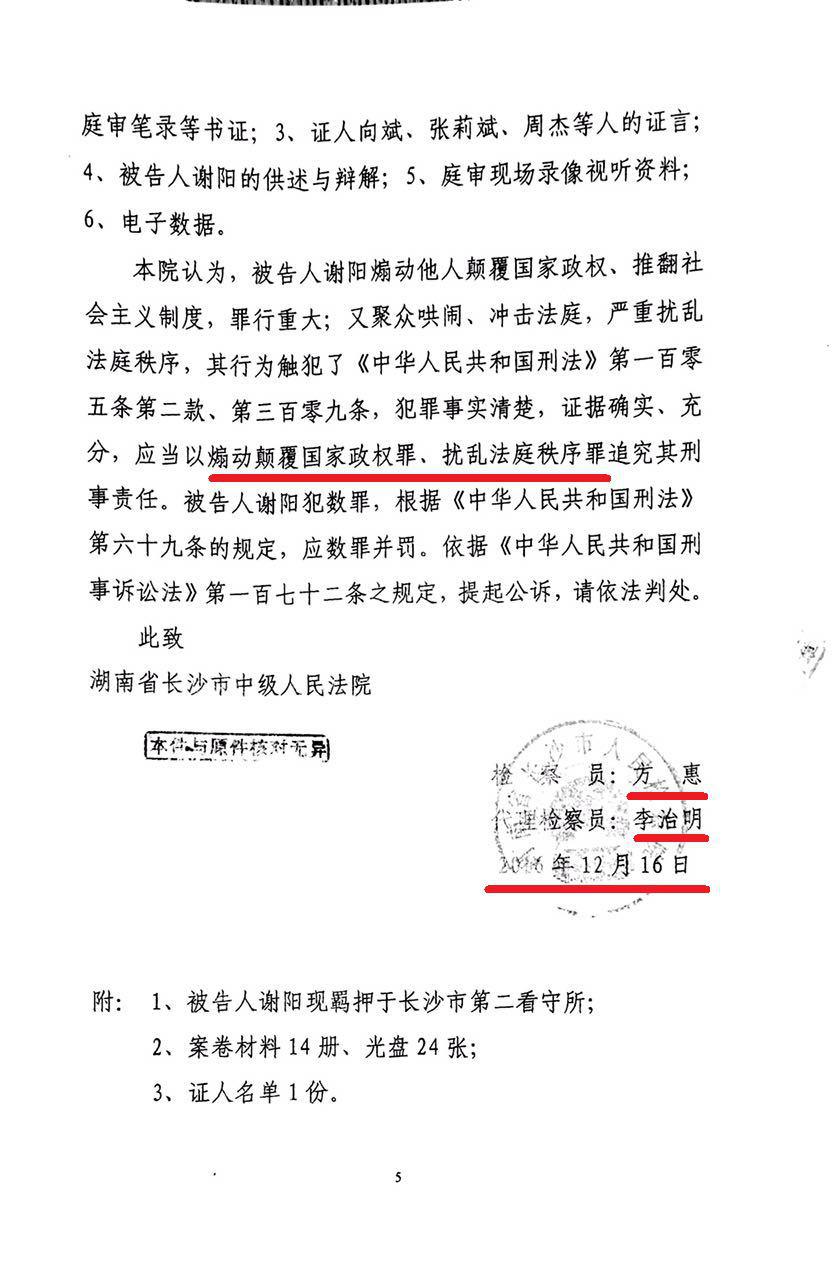