On July 2, 2017, Jiangxi rights activist Liu Shaoming, who resides in Guangzhou, was sentenced by the Guangzhou Intermediate People’s Court to four years and six months in prison and three years’ deprivation of political rights for “inciting subversion of state power.”

Liu Shaoming was accused of writing and forwarding essays and remarks attacking Chinese state power and the socialist system, including “A Letter to the Chinese Communist Party’s Low-Ranking Soldiers and Police in the Armed Forces,” and “A Letter to My Chinese Compatriots,” in 2014 and early 2015. The verdict states that under the screennames “Old Migrant Worker Liu Shaoming” and “Guangzhou Liu Shaoming” he used his phone’s WeChat, QQ, Telegram, and other software on numerous occasions to distribute essays and remarks to “incite subversion of state power” and “overthrow the socialist system.”

Liu Shaoming was an active participant in the 1989 Democracy Movement and in recent years has defended workers’ rights in the Pearl River Delta. On the evening of May 29, 2015, Liu was taken from his home in Guangzhou by an unidentified person. After two weeks, he was criminally detained on suspicion of “picking quarrels and provoking troubles”; on July 14, he was arrested on the charge of "inciting subversion of state power." He was tried on April 15, 2016 at the Guangzhou Intermediate People's Court, but no ruling was handed down at that time. 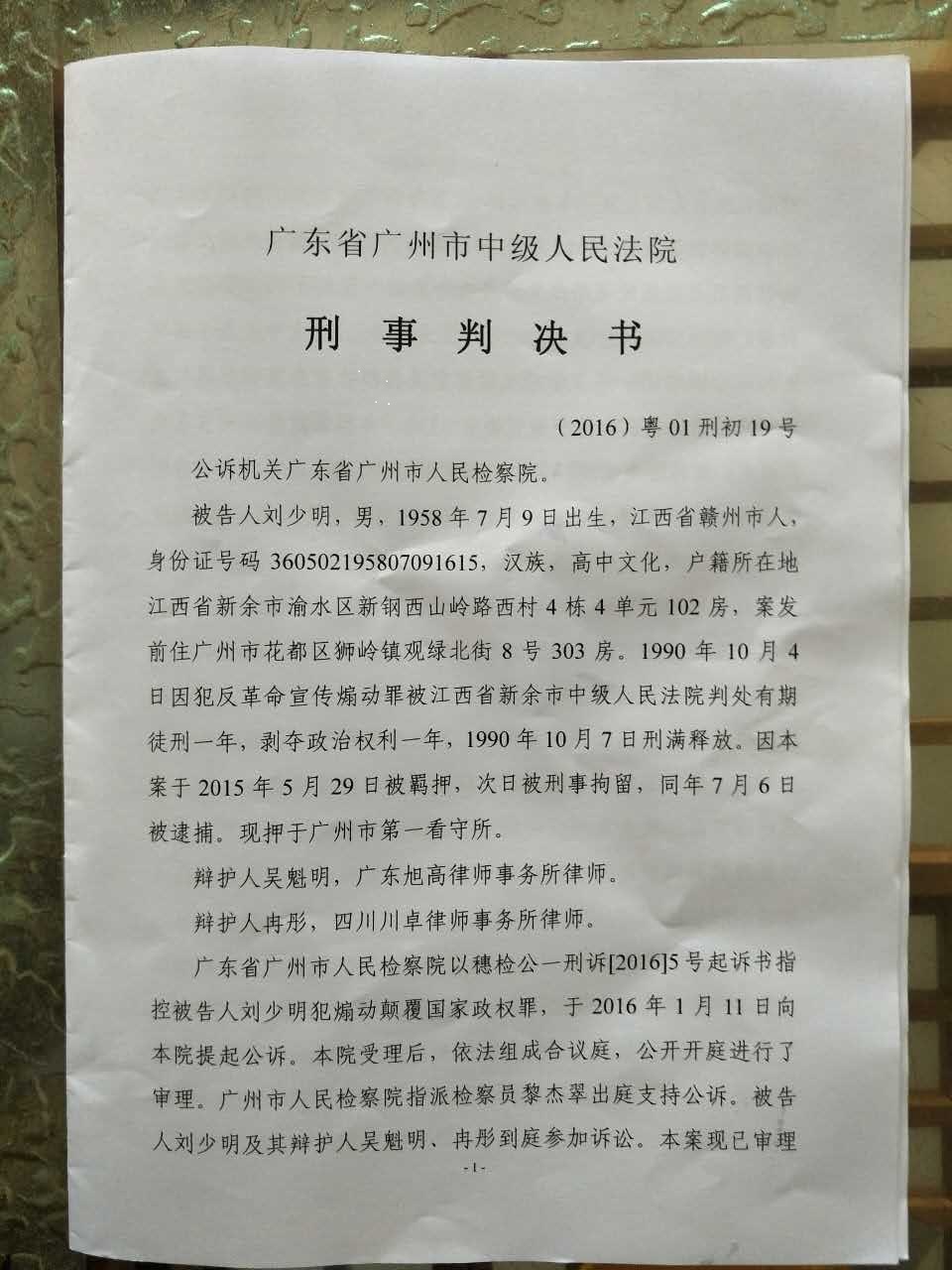 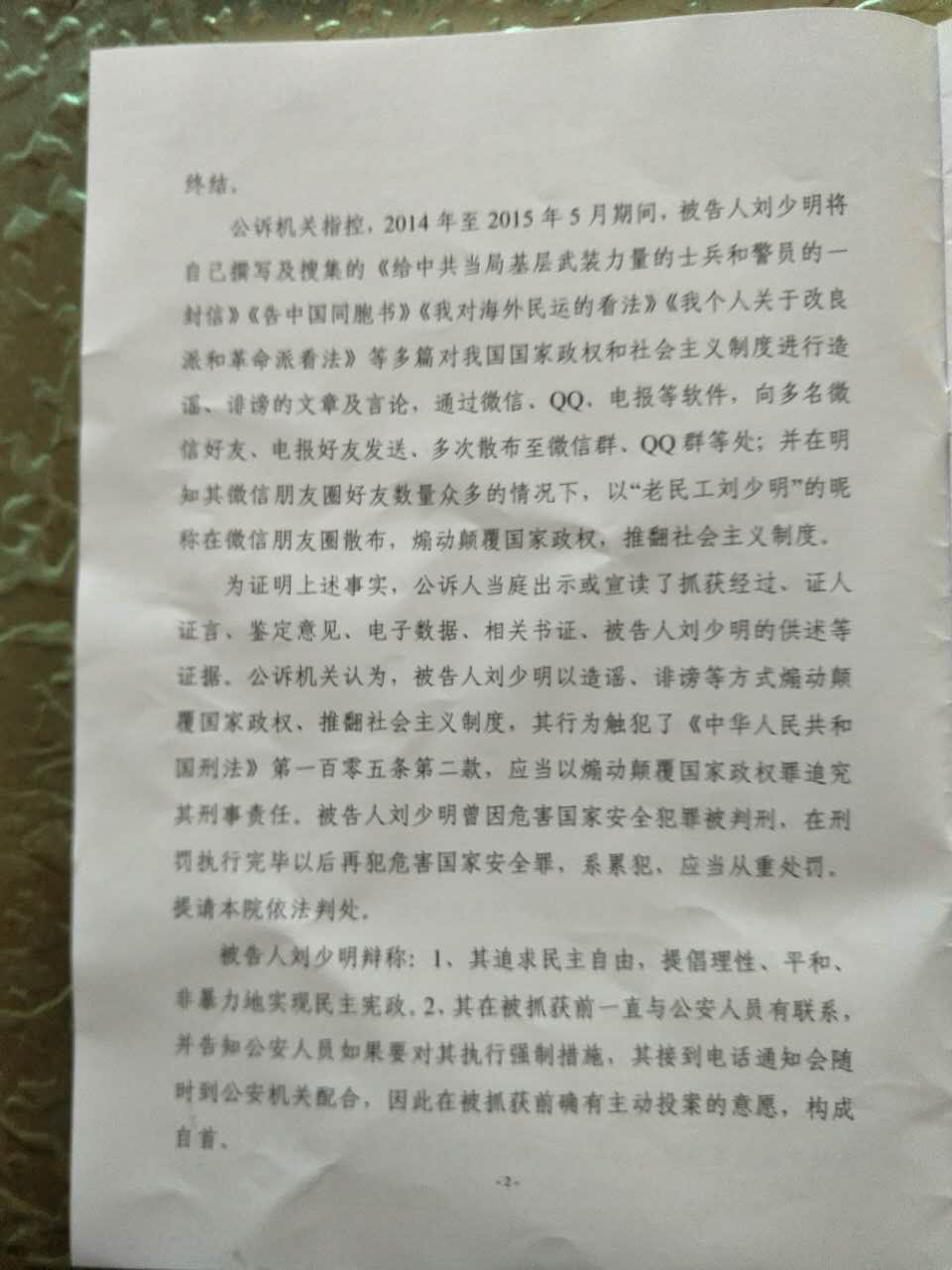 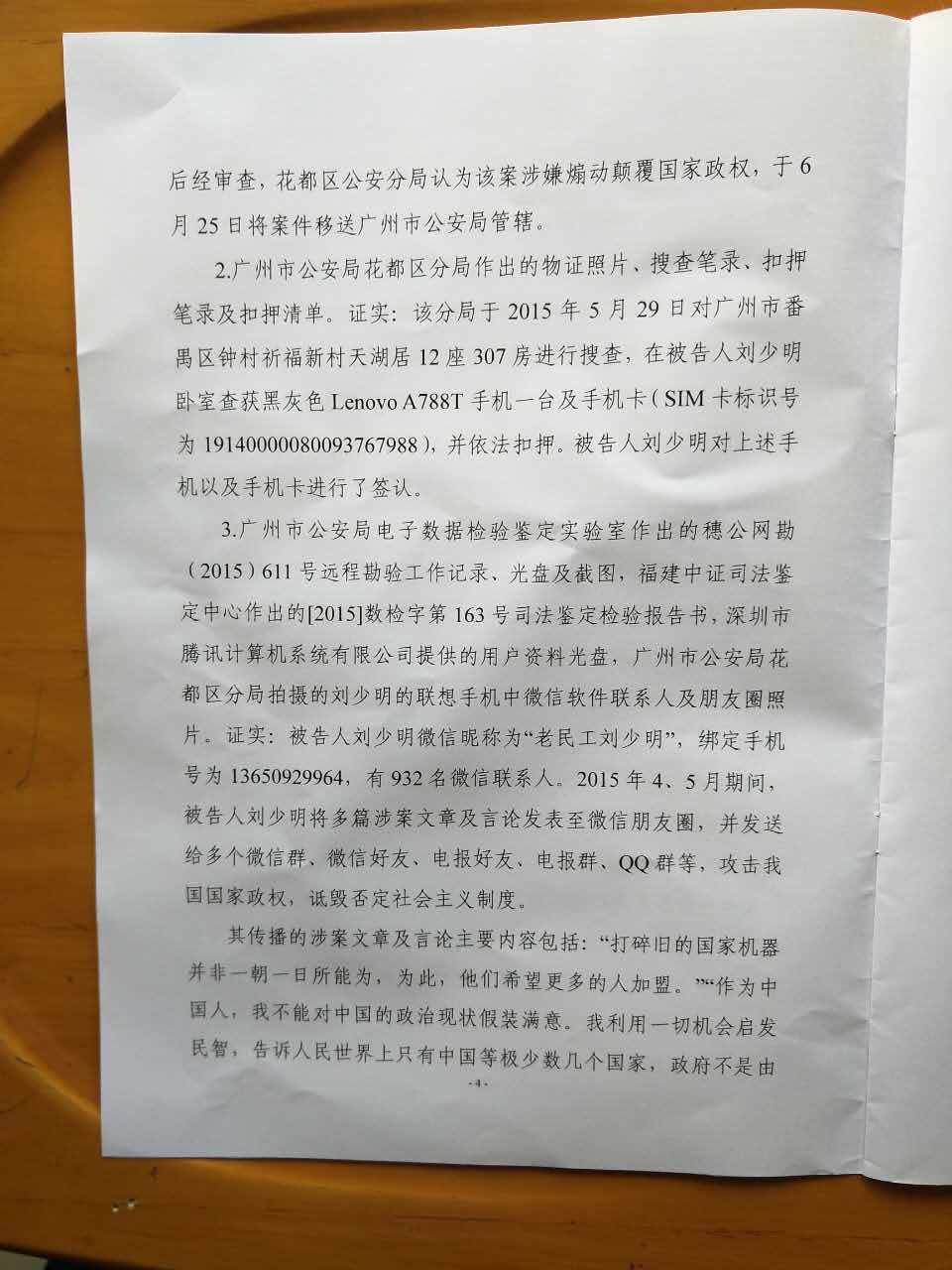 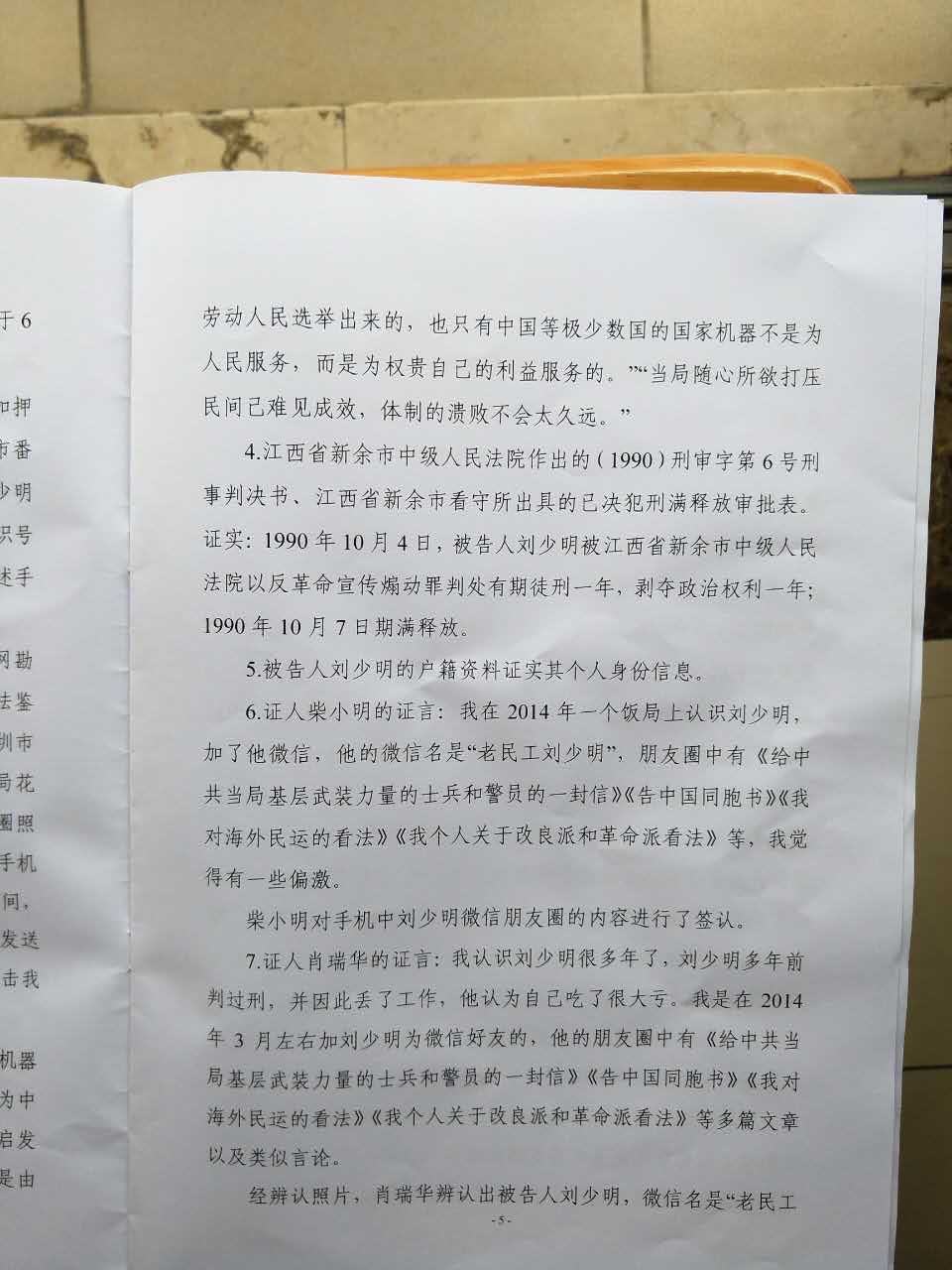 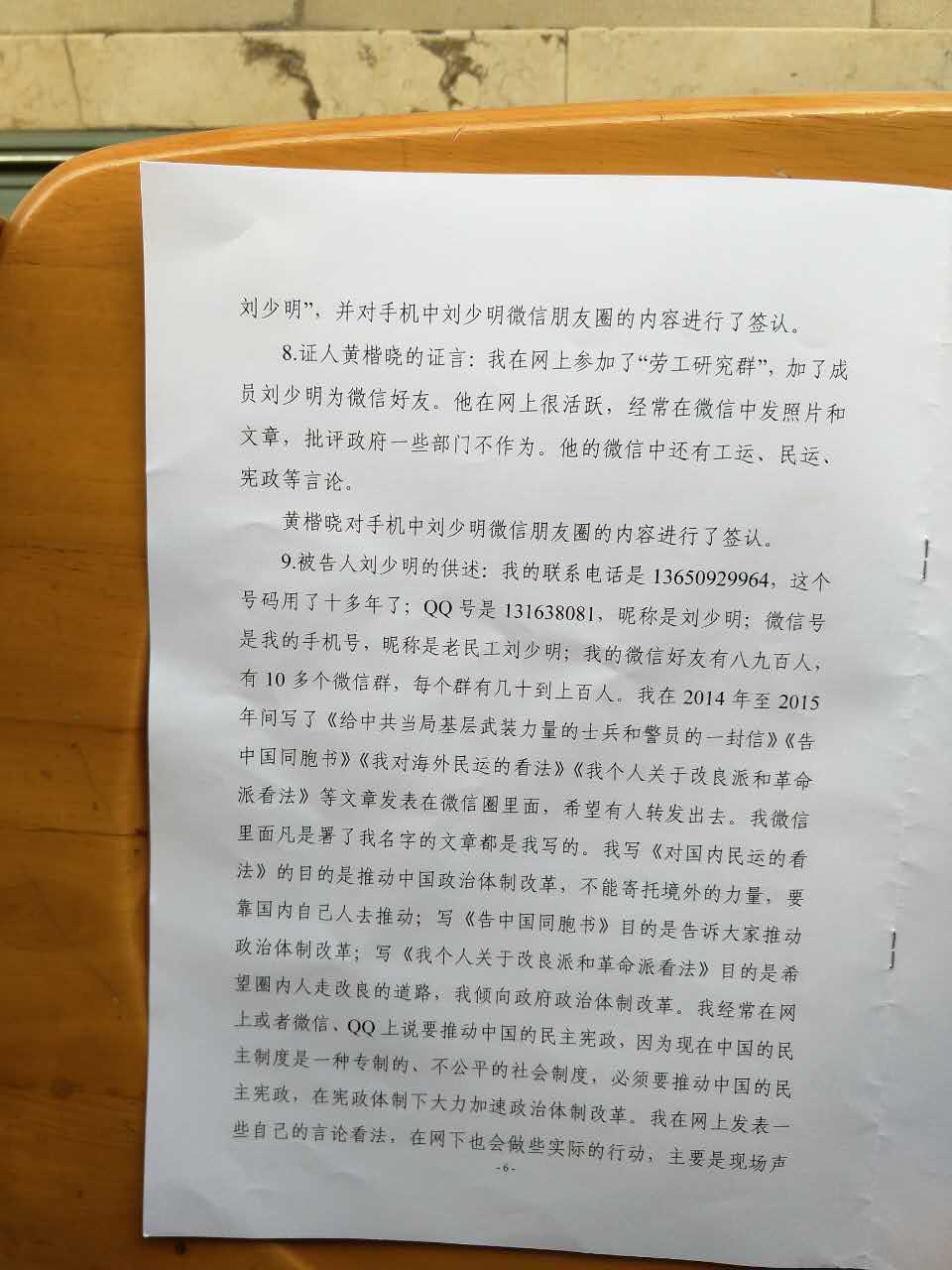 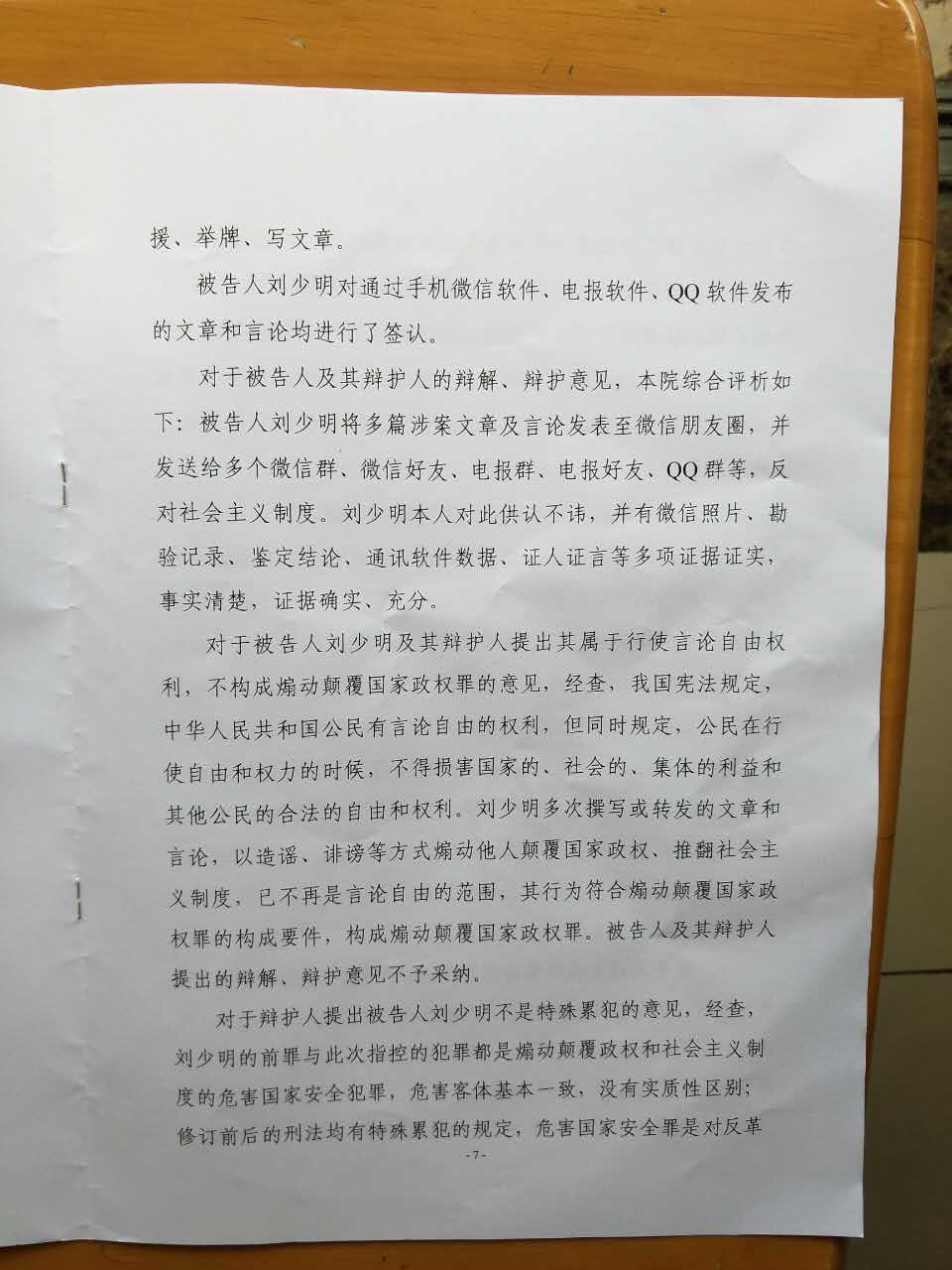 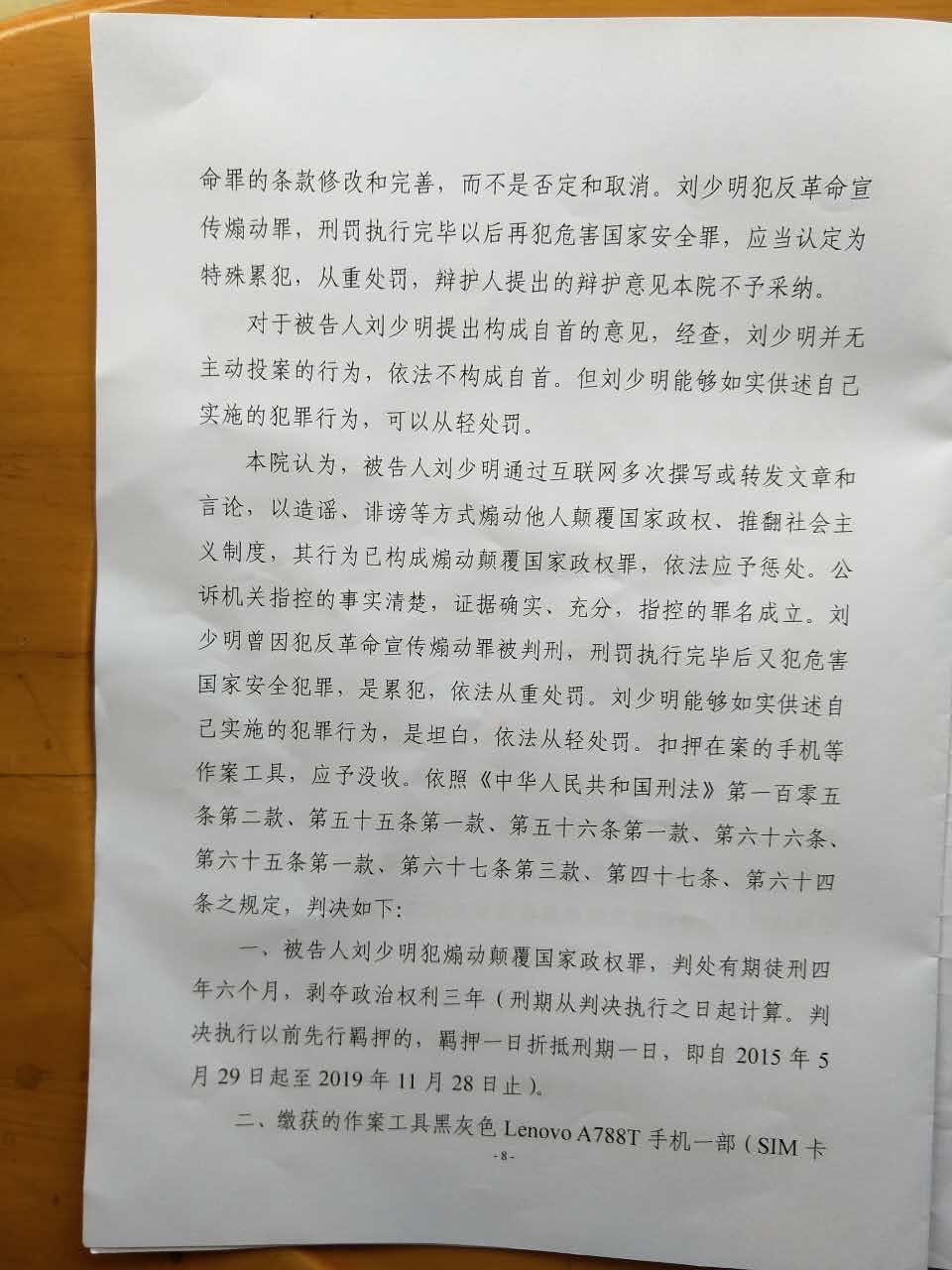 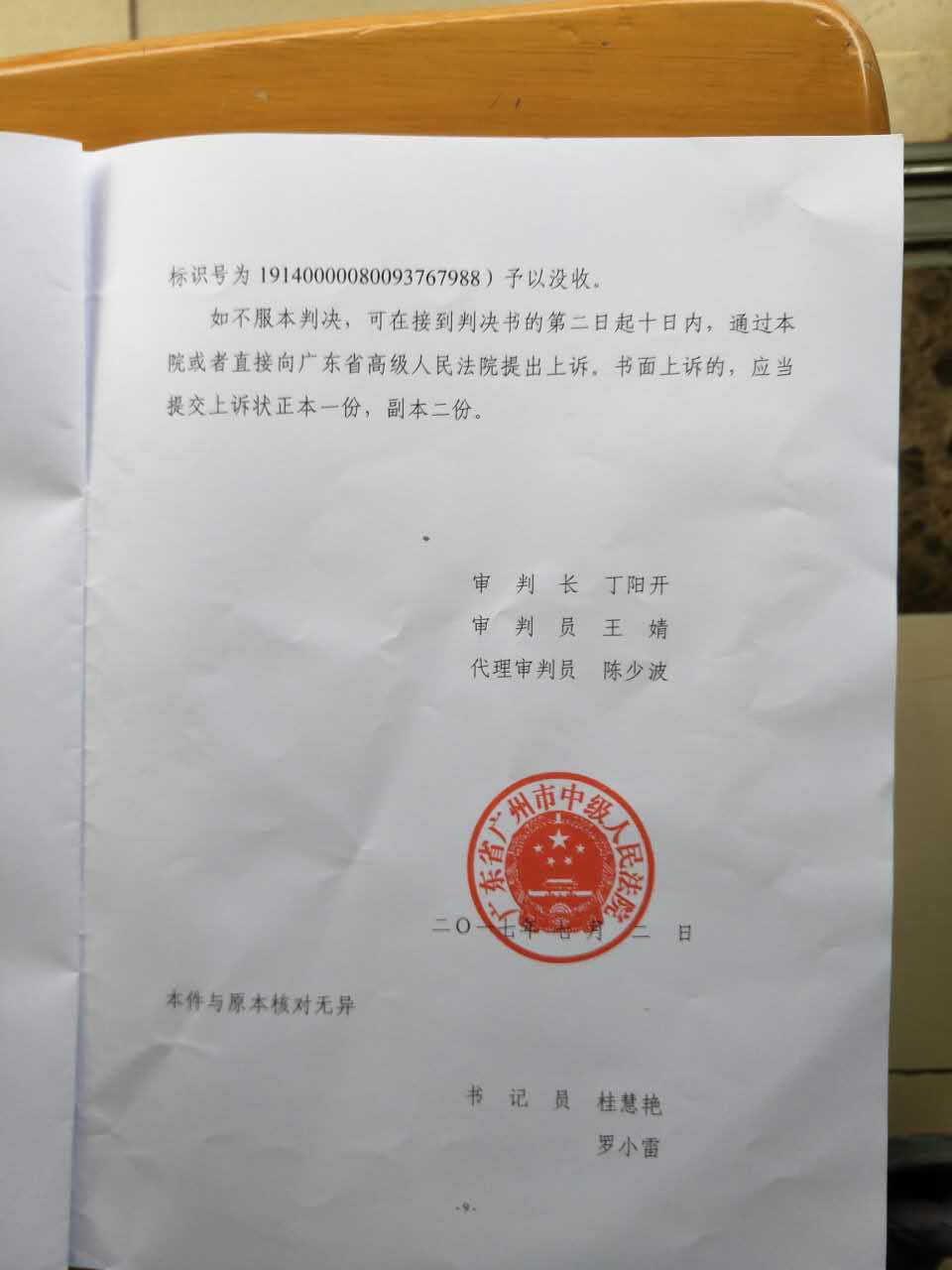