In this letter, “Look Back and Forward,” activist Su Changlan, who is being detained in Nanhai District Detention Center in Foshan City, Guangdong, explains the reason for her detention and thanks her lawyers and people outside for their support. With her trial approaching, she expresses that she is not fearful and how she looks forward to returning home soon. More than anything, she hopes for the release of all prisoners of conscience as soon as possible.

I am Su Changlan and I am now in Nanhai Detention Center in Foshan City. In August 2014, Guo Huojia, representative for Nanhai District National People’s Congress, and I, along with many other villagers, were entrusted by more than 4,000 villagers from Sanshan Port in Nanhai District to file a lawsuit regarding the violation of the Land Administration Law, and the 13 government departments responsible for encroaching on close to a 1,000 mu of collective land. In September of that year, I independently sued the Nanhai District Public Security Bureau. Because of these activities, I have been targeted by the local government.

The local government used two incidents as an excuse for taking me into custody: my reposting of a photo at the end of September 2014 related to Occupy Central on WeChat, and my appeal in October 2014 for public attention to the detention of Foshan rights defender Ye Liumei and others. On the morning of October 27, I was taken from my home on suspicion of “picking quarrels and provoking trouble.” But that afternoon I was criminally detained on the charge of “inciting subversion of state power.” That evening, I was taken to the Nanhai District Detention Center where I have been held ever since.

During the more than one year since I lost my freedom, I lost all contact with the outside world, and did not meet with a lawyer for more than six months. It wasn’t until after the beginning of May 2015, through the more than a dozen meetings that lawyers Wu Kuiming and Liu Xiaoyuan tirelessly conducted with me, that I finally obtained some news from beyond these high walls. This included information about the many postcards that many friends sent me, the attention of various women’s rights organizations that have worked hard on my case, and the concern and greetings from friends who have similarly lost their freedom. All of this made me feel extremely moved and thankful. Under everyone’s mutual help and protection, even though I am behind bars, I do not feel lonely. I believe that freedom will definitely come!

I received the indictment nearly four months ago, and I reckon the trial will also be held soon. On the eve of the trial, I do not have a trace of fear. Of course, I hope that after the hearing I will be able to go home as soon as possible, to reunite with my family and see my friends! However, even more, I hope that all prisoners of conscience will be freed as soon as possible!

(HRIC Note: Su Changlan does not know that her father passed away on February 8, 2016.) 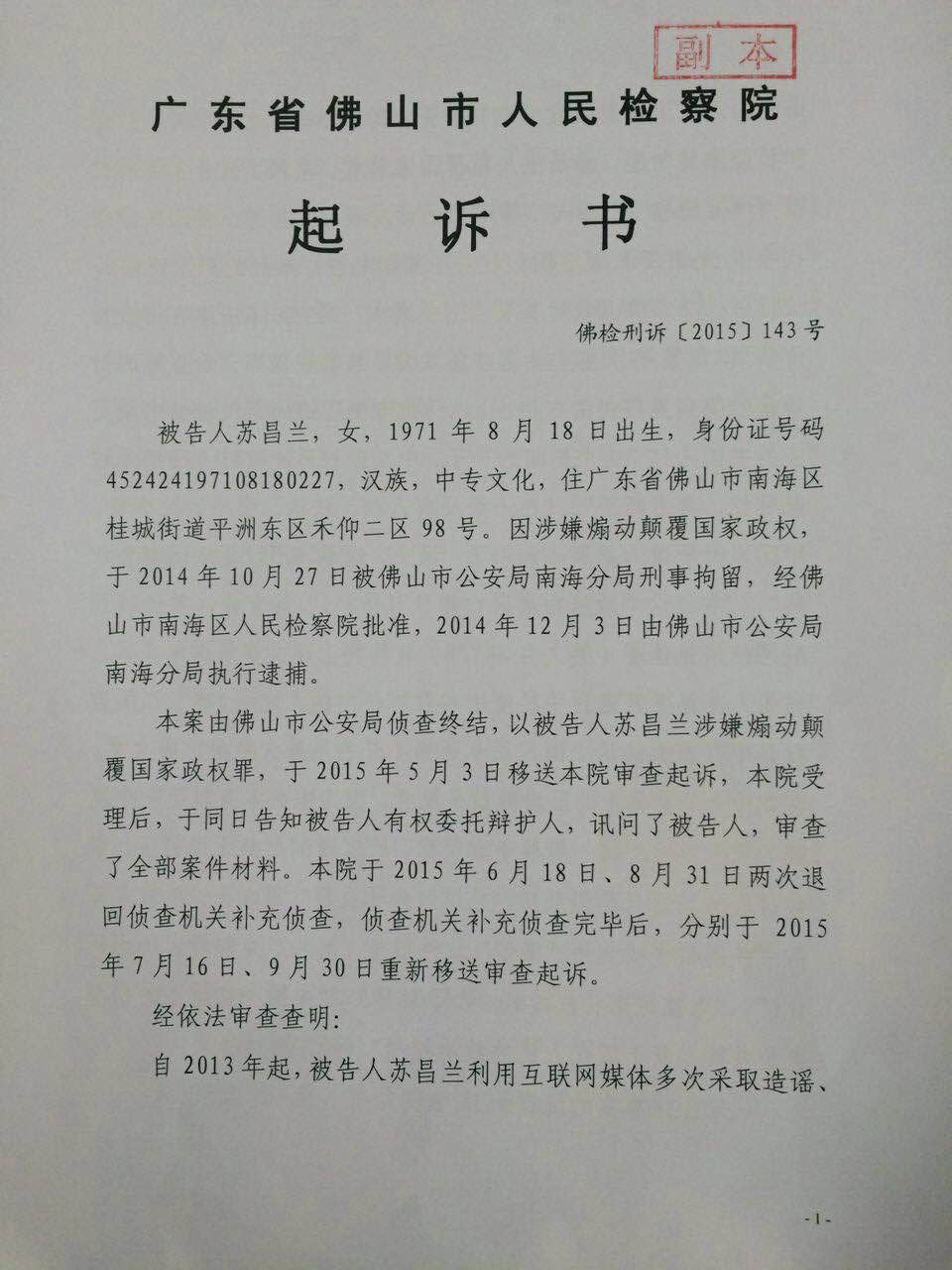 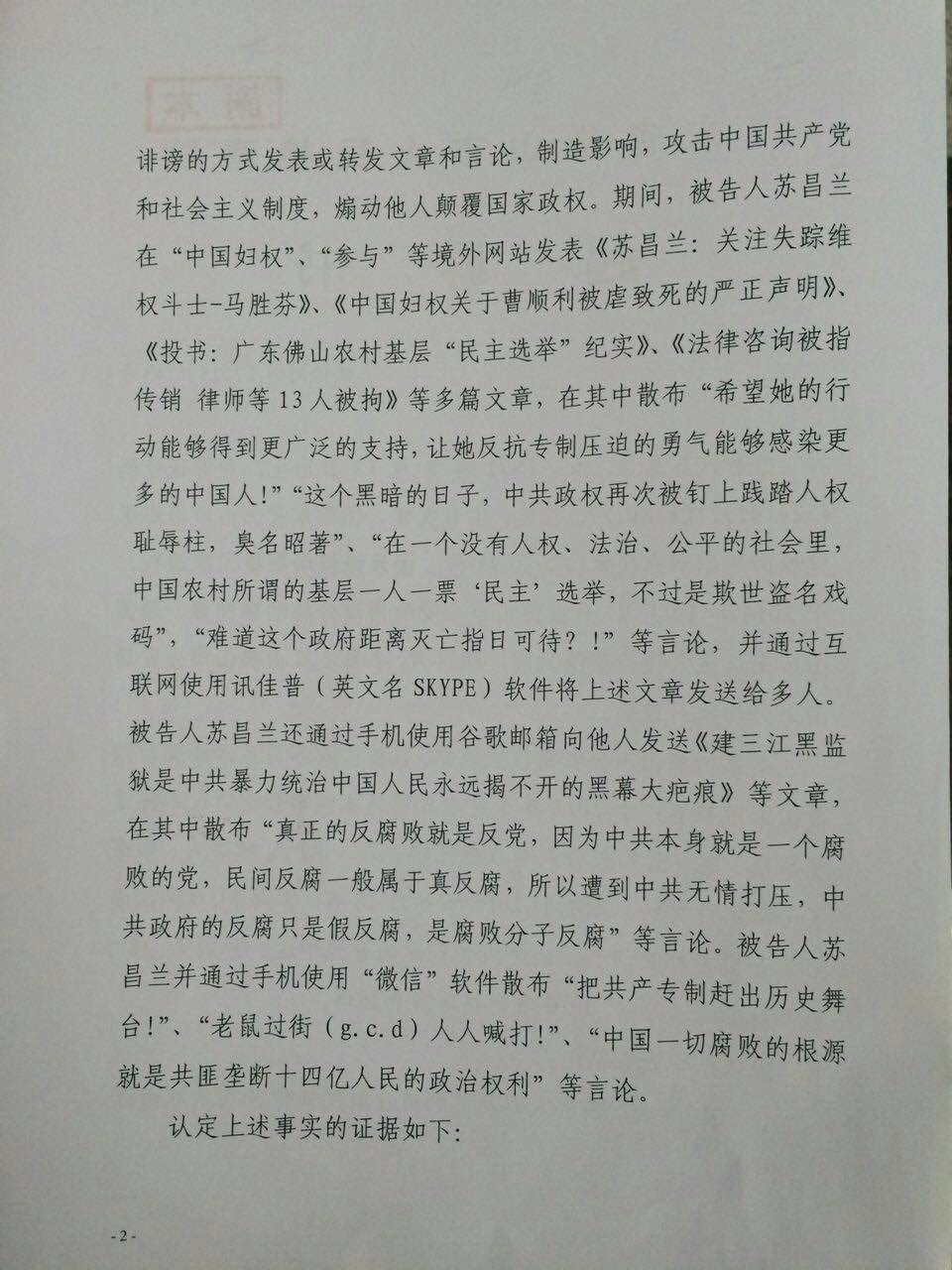 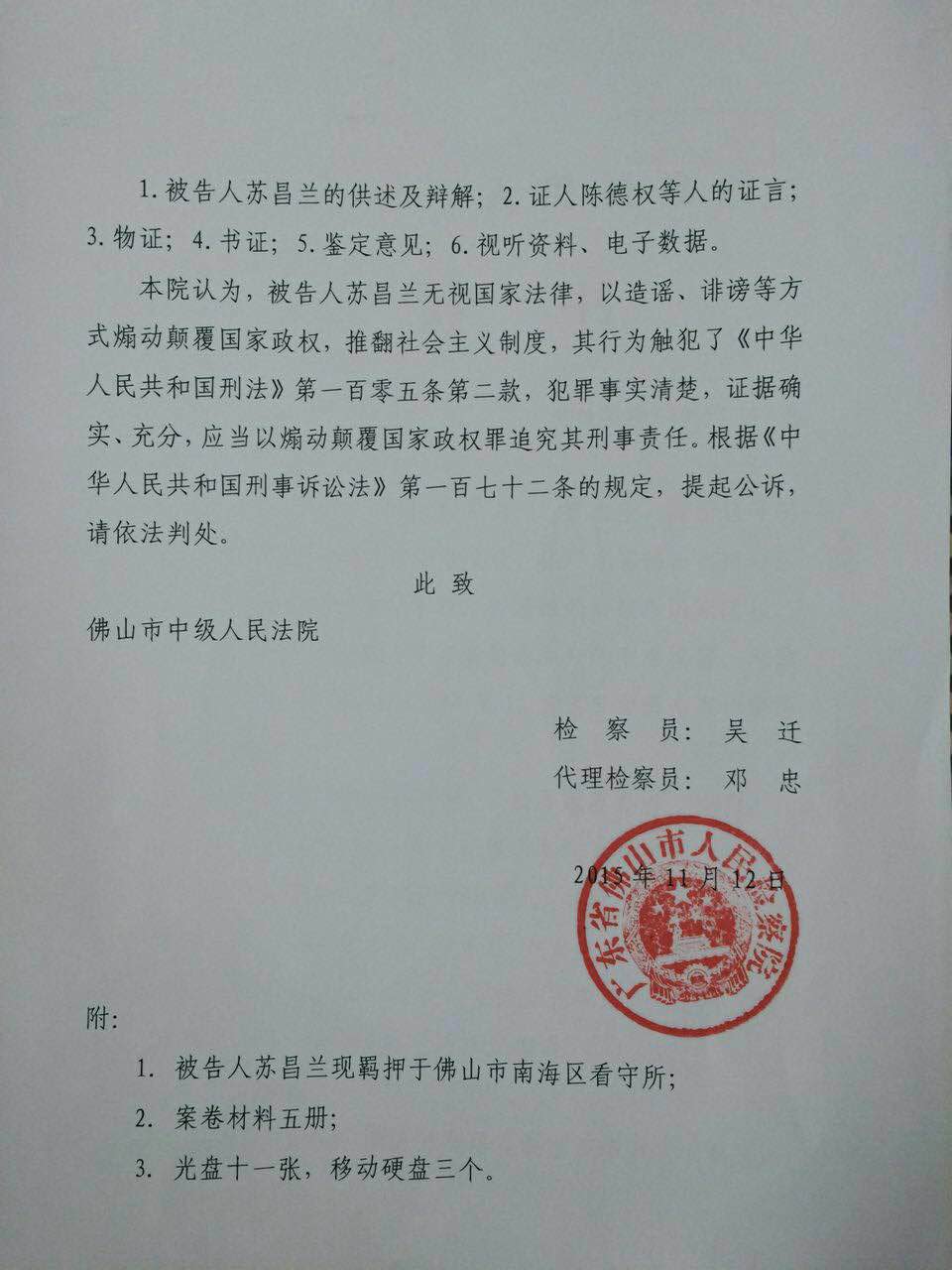