Like its counterparts throughout the West, the United States fears upsetting Beijing. For decades, American policymakers have set aside or sacrificed the human rights of those under the Chinese heel, especially in Tibet. No one knows more about this shameful subject than John Kenneth Knaus. A forty-year veteran of the Central Intelligence Agency, he was personally involved in the Agency’s operations inside Tibet from the 1950s to 1971, the only time in over a century that Washington altered its practice of kowtowing to Beijing or, in Manchu times, Peking. Knaus’s book is comprehensively documented. With a few exceptions, when he lapses into government-speak, his narrative will carry along even readers new to this subject.

What is remarkable is the number of years, even when China was weak and unable to exercise any control over Tibet, that U.S. policy makers cowered before its displeasure. A leading Tibetanist, Columbia’s Professor Robert Thurman, puts it succinctly in his Foreword:

“What we can see is how the ‘fate of Tibet’ was . . .  a result of the pungent combination of imperial blundering with failure of nerve at first of the British Empire and second its American and Indian successors. Always looming in the background were the self-deceiving fantasies of the successive empires’ commercial greed—how much money each one thought it would be able to extract from the belly of the Chinese dragon after feeding her Tibet as a distracting sacrifice.”1

Knaus writes that Tibet remains a factor in American foreign policy—“even as a policy of guilty default.”2 Here, perhaps, we see into the heart and mind of Knaus himself. His previous book, Orphans of the Cold War: America and the Tibetan Struggle for Survival,3 was a detailed and passionate account of the CIA’s operations supporting a sizable anti-Chinese insurgency inside Tibet, in which Knaus played a significant part. These operations “were all valiant failures,”4 which the Tibetans “accepted with remarkable resignation.”5 Although Knaus insists that the CIA was fully committed to the guerrillas, in his earlier book he makes plain that his colleagues, including himself—none of whom ever entered Tibet—knew little about the area, peoples, language, or culture in which the insurgency wavered back and forth. Herein lies his discreetly expressed guilt, although he says the “greater problem [was] persuading the resistance fighters to split into less vulnerable smaller guerrilla units to live off a basically inhospitable countryside . . .”6

But it doesn’t require close reading to see the shallowness of this unique instance of confronting China, even in a limited way. It was a moment when the Cold War dominated U.S. thinking and its attempt to invade Cuba had failed. Secretary of State Dean Rusk—during those years the U.S. did not formally recognize the “Peking regime”—favored “doing anything possible to get in the way of the Chinese.”7 But equally, as Knaus shows, in 1971, when the U.S. attitude towards China changed, and Henry Kissinger was planning Richard Nixon’s trip to see Mao, “the United States government’s relationship with the Tibetans was . . . summarily consigned to limbo.”8

The cowardly approach to China and the ever-present probability that the Tibetans and the Dalai Lama himself were expendable, can be seen in the first years of the 20th Century. In 1908, William Rockhill, an intrepid American explorer and anthropologist, was thrilled to have two rare encounters with the 13th Dalai Lama. These encounters also thrilled the similarly adventurous American president Theodore Roosevelt, who wondered if he should send a set of his own books to the Tibetan leader. The Dalai Lama soon made his way to Peking to show his obedience—but when he declined to kowtow to the Manchu empress he was placed in seclusion.9

An emissary of the Dalai Lama approached Rockhill, now a diplomat in Peking, and asked for advice and reassurance about the treatment of the Tibetan leader. Knaus describes the scene—and it is important to remember that the Manchu empire was about to expire and China would soon have no control over Tibet until 1949. Rockhill put it bluntly: “Whatever may have been the sovereign rights of the Dalai Lama before the present dynasty came to the throne, his present position, like that of his predecessors since the middle of the 18th Century, was that of a vassal prince whose duties, rights and prerogatives have been fixed by the succeeding emperors.”10 The following year, when Rockhill met the Dalai Lama again, in India, the American observed—as all foreign officials have taken care to do ever since—that while the Dalai Lama was very wise, “close and friendly relations with China are absolutely necessary, for Tibet is and must remain a portion of the Ta Ts’ing [Manchu] Empire for its own good, and because the Great Powers of the world deem it necessary for the prosperity of their own peoples.”11 Now the American attitude to Tibet and China emerged that would remain essentially the same to the present day, with the brief interlude of the CIA operation.

In 1933, the 13th Dalai Lama died and President Franklin Delano Roosevelt considered sending a message of condolence to the Tibetans.

As with the last days of the Manchus and the warlord era that followed, the Nationalist government in Nanking could enforce no writ in Tibet. Nonetheless, a State Department official cautioned the president not to offend the Nanking regime. “He feared,” writes Knaus, “that the Chinese might ‘misinterpret’ the president’s action as interference in their sovereignty, to which the Dalai Lama was ‘theoretically, at least, subject . . . ’”12 The president abandoned his intention, although, his secretary wrote, “he personally would love to do it.”13 That is, he would have loved to write to the next, 14th, Dalai Lama, who, unknown to Mr. Roosevelt, had yet to be born.

That disgraceful policymaking occurred when China was weak. After 1949 American presidents—apart from the disastrous CIA interlude—became very cautious indeed. Bill Clinton “dropped by” when the Dalai Lama was chatting with Mrs. Clinton; he did suggest to President Jiang Zemin in 1999 that he thought the Chinese president and the Dalai Lama would like each other.14 Jiang laughed. (Clinton’s suggestion was dropped from the Chinese transcript of the conversation.) In 2007, George W. Bush saw the Dalai Lama in “his private quarters” in the White House, and immediately made it plain, mixing his metaphors as usual, that “We in no way want to stir the pot and make [the] Chinese feel we are poking a stick in their eye.”15 In 2010 and 2011, President Barak Obama met the Dalai Lama, again shunning the Oval Office where heads of state are seen, in favor of the Map Room, and allowed his press secretary to say, “The President stated his strong support for the preservation of Tibet’s unique religious, cultural and linguistic identity and the protection of human rights for the Tibetans”—inevitably—“in the People’s Republic of China.”16 It was underlined as well that both men “agreed on the importance of a positive and cooperative relationship between the United States and China.”17 This was said in the knowledge that Beijing refuses to meet the Dalai Lama, and when his senior envoys are seen from time to time, it is far from Beijing and the Chinese side is represented by the United Front, a department of the Communist Party of China that maintains liaison with, as well as gather intelligence about, non-CPC elites.

This is a long, sad and disgraceful story, admirably laid out—for the most part—in John Kenneth Knaus’s book. He pointedly says in conclusion: The Tibetans “proponents and practitioners of self-determination are owed support, lest they and their civilization silently disappear as an admired Lost Cause consigned to history and Beijing is granted another bye in the continuing struggle to maintain a free world.”18

3. John Kenneth Knaus, Orphans of the Cold War: America and the Tibetan Struggle for Survival (PublicAffairs, 1999).^ 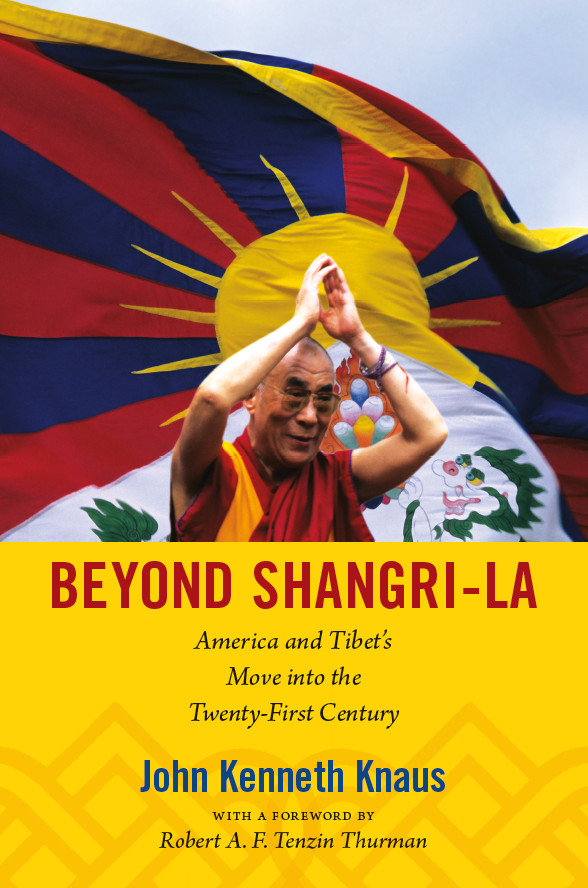