A Book Review by Paul Mooney

In April 2005, Hong Kong journalist Ching Cheong was detained by China’s dreaded security apparatus as he was about to cross the border from Shenzhen to return to his home. Charged with what appeared to be trumped-up charges that he provided state secrets to Taiwan, he soon finds himself serving a three-year prison sentence.

My 1000 Days' Ordeal: A Patriot’s Torture describes his ordeal in the Chinese prison system and readers will sympathize with his plight. In his mid-50s and suffering poor health, Ching Cheong struggles to adjust to the harsh realities of life behind bars and quickly sinks into depression.

However, Ching Cheong portrays himself in the book as a man who is confused about his status as a Hong Kong Chinese and journalist and his relationship with the Communist Party of China (CPC).

Ching Cheong vaguely says that looking back at the clues from a year before his arrest, as well as issues raised during his interrogation, he believes that he was caught up in a power struggle at the upper echelons of the CPC.

Feeling that he has nothing to hide, he bends over backwards to cooperate with his captors. Repeatedly referring to himself as a patriot, he displays a surprising trust in the communist system that is difficult to understand. Rather than feel outraged, he says his first consideration was to be “responsible towards the security of state rather than self-protection.”1

Ching Cheong’s surprising reaction to his dire experience is just another example of the CPC’s success in blurring the lines among Chinese people between the Party and the nation. In so doing, it turns rational, patriotic people into irrational beings who turn right and wrong upside down. The author is not alone is his blind faith in the party that has caused him so much pain. Many mainland intellectuals who suffered grievously during the various political campaigns of the 1950s and 1960s, as well as the Cultural Revolution (1966-1976), share Ching Cheong’s irrational faith in the Party.

He explains that soon after he was arrested that he phoned his assistant in Hong Kong and asked her to deliver his laptop to Shenzhen so he could hand it over to the police to prove his innocence. The information in his computer is then used against him. Who knows how many friends and sources were hurt by the content on his hard drive. Could he have been so naive?

He goes on to say that under psychological pressure from his interrogators, he softened his resolve to see the evidence against him, and he confesses to “the possibility of having committed a crime.”2 One can only imagine that he did this out of an intense fear for his own safety coupled with his trust in an organization that deserved no trust.

One year later, when he finally meets his lawyer for the first time, he asks if it’s possible to defend himself on the basis of an “unintentional crime,” because he may have unknowingly gotten involved in a spy network.

“I suffered indescribable mental anguish that grew out of a deep sense of frustration, regret and loss,”3 he writes. “I felt frustrated because it seemed that my loyalty to China and my honesty had sold me out.”4 He concludes that if his incarceration was due to his poor choices, it was “extremely unfair, for, in all my life’s important decisions, I had always put China’s interests first.”5

When it finally sinks in that proving his innocence is out of the question, he concludes: “Can it not be said then that my sense of responsibility to the state had caused me harm?”6

Some of his comments give a hint at what lay behind his frustration. Although not a member of the CPC, Ching Cheong appears to have an affinity for it, and he hints at a feeling of betrayal at the hands of the Party.

He talks about being feted at dinner parties that were hosted by the top leadership.

“In the past I had been the guest of the CCP and was frequently invited to state banquets, yet now I was in its jail,”7 he says with a sense of shock.

In another instance, he says that in the run-up to the return of Hong Kong to China in 1997, when he was Wen Wei Po’s bureau chief in Beijing, the Party was grooming him to take up a senior position in post-handover Hong Kong.

When Ching Cheong was told he will be given an early parole, the deputy prison warden asks him how he feels about the news.

“I would like to thank the government for its clemency,”8 says Ching Cheong.

When he meets the Hong Kong media after his return home, he repeats this sentiment.

“I am very thankful to the Chinese government for putting me on parole,”9 he says.

This is bewildering. If you’re not guilty, and both you and Beijing authorities know the charges are a lie, why express thanks to the government?

He goes into great detail on the definition of state security in China in order to prove his innocence. But what’s the point? It makes no sense to define what a state secret is when no one really believes he is actually guilty of such a crime.

After he’s found guilty in a sham trial, he says incredulously that he realizes immediately that the court was “just going through the motions.”10 Did he think his ties to the Party would set him apart from other political prisoners? Or did his patriotism blind him to all the abuses in China’s legal system so that he was unaware of the many miscarriages of justice? Someone who spent as much time in China as he did could not have been unaware of the way things worked. One has to wonder why he ever thought his trial would be anything but a formality.

The most disappointing thing about this book is the author’s refusal to offer any reason for his arrest. He says that the incident “concerns some individuals and issues”11 and that it’s not time yet to speak freely about this. He says this will come in a second book.

It is also disappointing because Ching Cheong frequently interrupts the rhythm of his captivating story with letters from friends and family, legal tables comparing the law in China and Hong Kong and other appendixes. Thirty-three pages alone are devoted to a description of the self-help books his sister sent him. These details distract the reader from the author’s horrible experience and they weaken the power of the story.

Ching Cheong has squandered a good opportunity. He had the chance to use his  foreign reporter’s eye and pen to provide a poignant inside look at how the Party tramples on justice in China and the abuses within the prison system. A simple detailed account of his sad story would have gone much further in exposing these problems and realizing his goal of promoting progress in China. 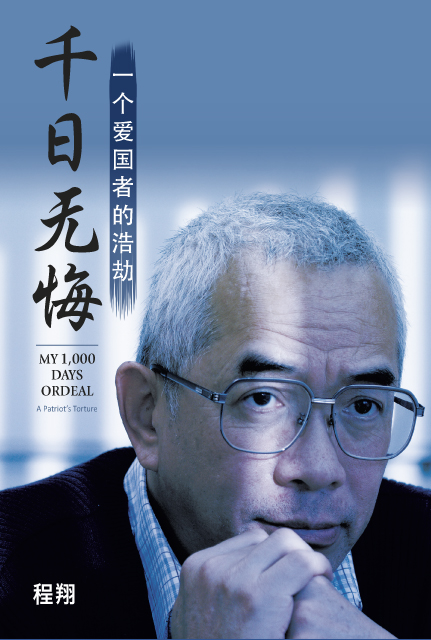