The Universal Periodic Review (UPR) was established on March 15, 2006 by the UN General Assembly. When establishing the Human Rights Council, the General Assembly mandated that the Council undertake a review of each UN member state’s fulfillment of its human rights obligations and commitments in a manner that ensures universality of coverage and equal treatment in all states. To this end, the UPR considers all of a state’s international obligations, including those stemming from the UN Charter, the Universal Declaration of Human Rights, international humanitarian law, obligations, and voluntary pledges and commitments.

Three documents form the basis of the UPR: a national report submitted by the state under review, a compilation of UN information by the Office of the High Commissioner for Human Rights (OHCHR), and a summary, also prepared by the OHCHR, of reports submitted by non-governmental organizations and other stakeholders. To further promote civil society participation, each government under review is encouraged to broadly consult with domestic civil society when preparing its national report.

The core component of the UPR is an interactive dialogue between the state under review and all UN member states that wish to participate by posing questions, giving comments, or making recommendations. The interactive dialogue lasts for three-and-a-half hours, after which the Working Group drafts an outcome report summarizing the discussion. Following the dialogue, but prior to the formal adoption of the outcome report, the state under review must indicate whether it accepts, rejects, is already implementing, or needs to further consider each recommendation advanced by member states. Next, at a Human Rights Council session, the outcome report is adopted as the formal record outlining the results of the review, including the member state’s dispositions regarding the recommendations. The state’s implementation of accepted recommendations will then be incorporated into the next cycle of UPR.

China, as a member state of the UN, has undergone the UPR twice, in February 2009 and October 2013. The new procedures adopted for the second cycle of UPRs, which began in 2012, permit broader engagement of the international community, but also can result in very short time allocations for statements by member states during the interactive dialogue. This can be seen in China’s second UPR, in 2013, when the number of recommendations advanced by member states increased to 252 (from 99 in 2009), but each state was assigned just 50 seconds to deliver its statement.

In recent years, Chinese citizens are taking an increasingly active role in the UPR process, by pressing for greater transparency, accountability, and citizen participation in China's international human rights reporting, including in the drafting of its UPR national report.

On October 22, 2013, China underwent its second Universal Periodic Review (UPR) at the Human Rights Council in Geneva. During the review, 137 member states of the UN engaged in an interactive dialogue with the Chinese delegation. The review examined China's implementation of the recommendations it had accepted following its first UPR in 2009, as well as new developments or outstanding issues in the fulfillment of its human rights obligations and commitments.

On February 9, 2009, China underwent its first Universal Periodic Review (UPR) at the Human Rights Council in Geneva. During the review, 60 member states of the UN engaged in an interactive dialogue with the Chinese delegation about the implementation of its international human rights obligations. 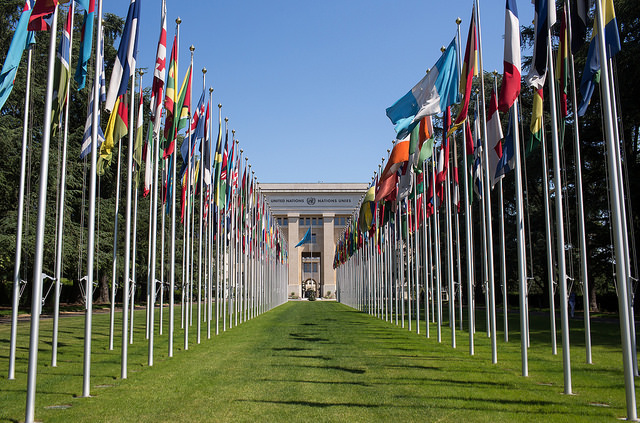